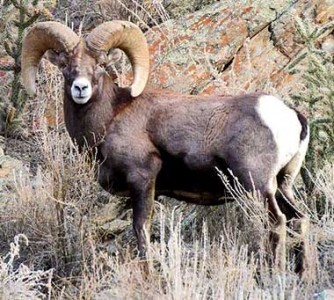 We’ve all had unwanted guests from time to time, but they usually don’t have horns or bust through windows! The Silcher family of Hamilton were spending Thanksgiving at their home near the confluence of Little Sleeping Child, and Sleeping Child creeks when they heard a crash. After investigating they found the windows of their daylight basement busted out. Upon further investigation outside they saw a huge male sheep cruising around the outside of the house. They chased him off, and came to the conclusion that the ram might have seen his reflection in their window and thought it was another ram. He came back, looking for another fight with his reflection and was again chased off. The family is now left with a couple busted windows and single digit temperatures to deal with. And possibly one of the most memorable Thanksgiving stories they will have.

The Missoulian did a full write up of the bizarre story, read it here.