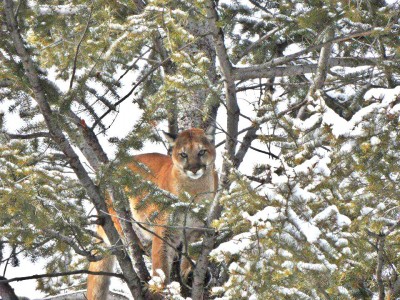 On December 1st, mountain lion season opened for hunters who hunt cats with hounds.  Jeramiah Mathis, an avid cat, among other animals, hunter from Hamilton, brought up a great subject, reminding wolf hunters that hounds will, literally, be running all over in the mountains.

Wolf hunters should be 100% certain of their targets before pulling the trigger, as things are about to get really busy out there.  It won’t be uncommon to see dog tracks everywhere through the winter and into early spring, so we need to just remember that hunters share public lands.  After all, in Jeramiah’s words, “We are all out there trying to achieve the same goal, keeping the predator numbers down.”

Let’s all respect each other and share the land, while avoiding any and all mishaps.  Good luck and happy/safe hunting to all the hunters!

(The photo below was taken by Jeramiah Mathis last year, and he even climbed up in the tree with the cat!) 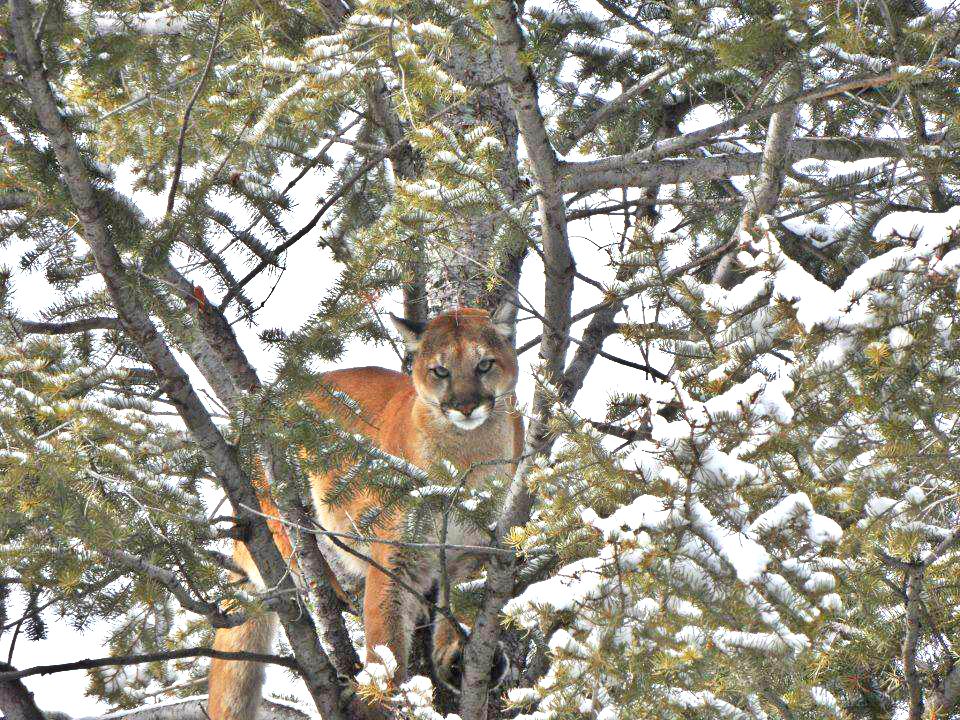