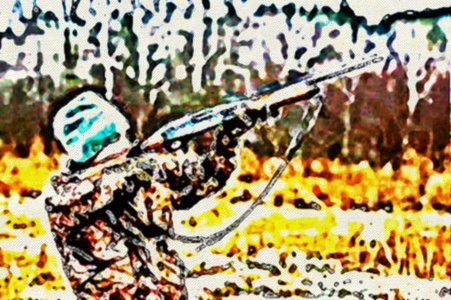 This story is disturbing at the very least.  The Missoulian posted this on their website this evening…what do you think?

SULA – In a five-minute span on the day before Thanksgiving, the French Basin near Sula sounded like a war zone.

Some elk had wandered out onto an open hillside and a group of young hunters opened fire.

“Nine elk that we could account for were shot in about five minutes,” said Montana Fish, Wildlife and Parks warden Lou Royce. “There were a few wounded ones that we never recovered.”

Royce wrote citations to the parents of the five young hunters who broke the law in one way or another.

“There was a lot of unethical behavior that happened that day,” he said.

“We ended up finding a few dead elk that no one claimed,” Royce said. “A few of the wounded elk were killed in the next few days by other youth hunters.”

That episode and several others that occurred during the last week of hunting season in the Sula Basin has state officials, landowners and local sportsmen searching for ways to ensure that it doesn’t happen again.

Tony Jones of the Ravalli County Fish and Wildlife Association said the situation in the Sula Basin is unique in the Bitterroot Valley.

The open hillsides found there are used as winter range by elk that migrate annually out of the Big Hole Valley after the snow starts to pile up. Several landowners offer access through the block management program. And there are enough roads that allow people to drive fairly close to elk in the late part of the season.

For the most part, the only hunters allowed to shoot an antlerless elk in the area are youth between the ages of 12 and 15.

“Elk hunting has become more restrictive in the valley,” Jones aid. “Hunters figured out the most liberal part of the season, which turns out to be youth hunting.”

“It wasn’t necessarily youth doing bad things,” he said. “It was the adults with the youth who were putting the youth in bad situations.”

When situations like that occur, Jones said sportsmen worry that some landowners will close off access to their properties.

“With access getting tougher and tougher, we don’t want to lose prime acres of block management because of the actions of a few bad apples,” he said.

Last week, sportsmen and local landowners sat down with FWP officials to talk about what happened and to start talks on what should be done in the future.

“If done right, the youth hunting opportunities are a great thing,” Royce said. “Some of the things we were seeing were not good situations at all.”

For instance, Royce said he pulled up to one block management entry point and found a number of vehicles parked there and a large group of hunters milling about.

“There were fewer than 10 adults and somewhere around 30 to 40 kids standing there in the parking area,” he said.

It appeared that all of the 12- to 15-year-old hunters were armed.

“That’s not a good situation,” he said. “It’s a safety issue. It’s a resource issue. And it’s a legal issue, too. We don’t want to create a situation where people feel like it’s OK to break the law.”

Becky Doyle is a local landowner who is worried about the safety aspect. She said there are buildings in the Sula Basin that have bullet holes in them due to unsafe practices by hunters.

“What we saw happening up here this year isn’t what we teach kids in their hunter safety classes,” she said. “We see parents who race up a road in hopes of heading elk off and then getting out and having their kids shoot from the road. It’s unethical.”

“Unfortunately, this kind of stuff has been going on for years in the Sula Basin,” she said. “Now, instead of it being adults, it’s kids.”

Travis Goodsell of Conner spent most of the last week of the season in the area. He saw a good deal of illegal and unethical behavior as well.

At one point, he watched a father direct his son to shoot at some elk that were about 100 yards away from the edge of the road. He fired five times and didn’t hit anything.

Earlier, he saw a herd of elk that couldn’t get over a fence being pursued by about 10 people. One youngster was yelling as loud as he could in an attempt to spook them back to where a group of 16 or so young hunters were waiting.

“Half of them didn’t have parents with them,” Goodsell said. “I was up there four or five days and I probably saw 20 people leave with elk that were shot right off the road.”

Royce said that’s not the intention of the youth hunt.

“When a kid goes through hunter safety, they are taught the difference between what’s right and wrong,” he said. “They are supposed to have a good mentor with them as they learn how to hunt.”

When he was young, Royce said, he hunted with his father, uncle and grandfather.

“I didn’t get out of their sight until I was 16 or 17,” he said. “It was a controlled situation. My dad, uncle and grandpa were right there to make sure I did it right.”

The youth hunt is supposed to be just that.

“It can be a great thing if people do it right,” he said. “I don’t think anyone likes to see wounded or dead elk out there that no one gets to harvest. I hope we can come up with some changes that will at least cut down on some of the unethical things we saw this year.

“I think we can do better,” Royce said.

FWP regional wildlife manager Mike Thompson said it’s important that everyone realizes that same situation in the East Fork has repeated itself over the years.

Since the antlerless opportunities were now limited to youth, “we’ve kind of set them up to fail,” Thompson said. “People from all walks of life have fallen into that same trap when they see lots of elk on an open hillside.”

Thompson plans to broaden the conversation in the search of a solution.

“We want to look for a way that youth can learn in a more safe environment,” he said. “When I say safe, I mean not out on the highway shooting into a herd of elk, but instead, one on one with them in mountains, like it’s supposed to be.”

Reporter Perry Backus can be reached at 363-3300 or at pbackus@ravallirepublic.com.