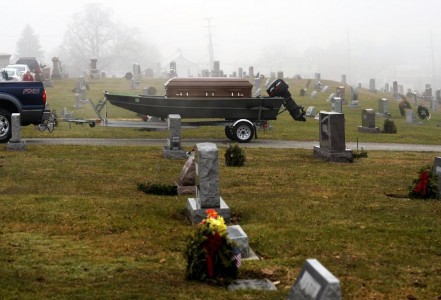 Vikings were known to take their boat with them to their final resting place. A Pennsylvania fisherman recently took his final trip in his boat. Taking the last trip all the way to the grave. 78 year old Ronald Bloss passed away recently and was carried to his final resting place in his beloved boat.

Bloss, who lived in Mount Wolf, about 30 miles south of Harrisburg, the state capital, loved hunting, fishing and spending time on rivers, the York Daily Record reported. He had several boats, and family members came up with the idea of using one for his final journey, Gladfelter said.

Gladfelter said he doesn’t recall the funeral home ever using a boat in place of a hearse before and he wishes there had been time to create a sign reading “Gone Fishing” to hang on the side of it. 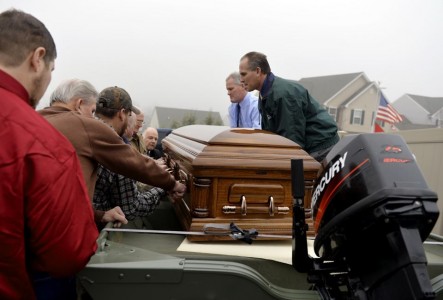