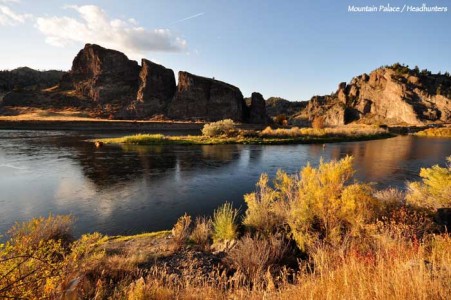 A Cascade County District Judge has denied the appeal of a Red Lodge man convicted in 2010 of 38 counts of illegal outfitting on the Missouri River.

The ruling may bring to a close a case that started in 2005 and led to a tougher law adopted by the 2009 Montana Legislature that makes outfitting without a license a felony.

Fish, Wildlife and Parks Region 4 game wardens brought the charges in 2007 against Kebble following numerous tips from legal outfitters about his fishing clients on the blue ribbon trout section of the Missouri River downstream of Holter Dam.

Because Kebble was not a licensed outfitter, game wardens began an investigation that culminated in a case that indicated Kebble guided 38 groups of anglers and made more than $120,000 for the 2005 and 2006 fishing seasons, which amounted to about six months work.

After a four-day jury trial, Justice of the Peace Kathleen Jensen sentenced Kebble to 36 days in jail and a fine of $12,730.

At the time, Kebble could only be cited for misdemeanors. However, outrage over the case led the 2009 Legislature to put a bigger bite into the law.

Neill denied the appeal writing, “Justice Court did not err and Kebble’s sentence should not be reversed.”

When notified of Neill’s ruling, Jim Kropp, FWP Chief of Law Enforcement, said, “This case affirms our commitment to protect the state’s fish and wildlife resources, like the Missouri River, for all of our constituents.”