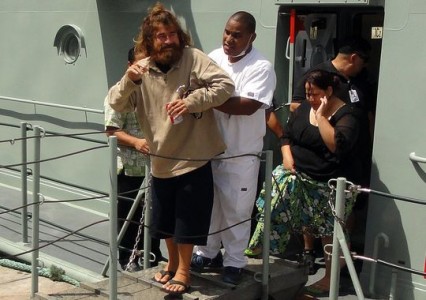 You may have seen this story going viral on the world wide web, but if you haven’t, here is a summary based on information on usatoday.com: 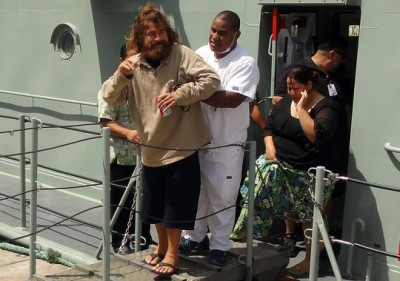 On December 21, 2012, Jose Salvador Alvarenga, 37,  hit the open water, just off the Mexican coast, in his fiberglass boat, with a teenager he only knew as Ezekeil, for a day of shark fishing–at least that was the plan.

Last week, Jose and his boat “washed ashore” in the Marshall Islands and told authorities that he had survived on the water for 13 months by “scooping up  little fish that swam alongside the boat” and ate holding his nose while eating them raw.  He also said that he ate birds and their blood.   Jose reported that a storm blew his boat off course, and the teenager with him died a month after they were drifting at sea.

The story Jose is telling has yet to be confirmed, but relatives in Maryland are apparently confirming that he “appears to be” their son and brother.  The names of the relatives he gave the authorities checked out with the relatives that recognize the long-haired and bearded former castaway.  Media reports stated he seemed to be in “reasonably good health”.

The acting secretary of foreign affairs for the Marshall Islands, Gee Bing, is skeptical of Jose’s story, as Jose “was not really thin compared to other survivors in the past”, but Bing anticipates getting more information in the near future.  But, Erik van Sebille, an oceanographer at the University of New South Wales, said “there was a good chance a boat drifting off Mexico’s west coast would eventually be carried by currents to the Marshall Islands. He said such a journey would typically take 18 months to two years depending on the winds and currents, although 13 months was possible.” 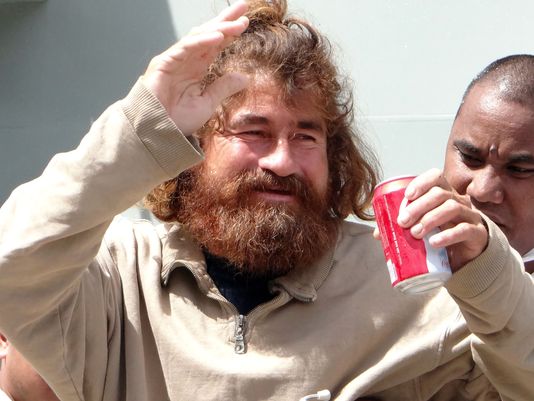