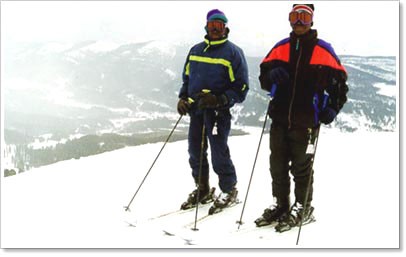 I found this story on the Montana State Tourism website for children www.montanakids.com. It is a story about humanity, and sharing the beauty we enjoy every day living in Montana to those near and far. Please enjoy this story:

On March 28, 1999 two Ghanaian brothers, Samuel and Christopher Addo touched snow (“frozen ice milk” as they called it) for their first time at Bridger Bowl ski area outside Bozeman. The two brothers flew from their home in Accra, a city of around 1,000,000 people on the coast of Ghana, to Bozeman for a two-week stay in Montana. Can you believe that more people live in the city of Accra than in the entire state of Montana? Anyway, Samuel, eighteen years old and Christopher, only sixteen, had a more interesting adventure than most on the way to their first day on skis. 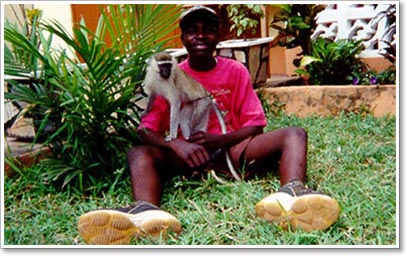 Ghana is a tropical African nation near the equator. A cold day in Accra is eighty degrees Fahrenheit. (The boys didn’t take off their coats much during their stay in Montana.) You might want to check out a map to see just where Ghana is. Now, most Ghanaian children probably can’t afford a ski vacation to the United States. It takes around 2,500 Ghanian cedi just to equal one U.S. Dollar. But these kids were in luck. Doug Wales made sure that everyone in Bozeman knew about the Addos and together with people from the town, including local school children, he raised enough cedi to bring the “Ghana Ski Team” to Bridger Bowl.

First, the Addos brothers had to receive permission to leave Ghana and to enter the United States. Doug asked the offices of Congressman Rick Hill and Senators Max Baucus and Conrad Burns to write letters of support to the Ghanaian Consulate. Next, the brothers spent two days waiting in line just to get an interview with a Consular. (A Consular is a government official who works with foreign travelers.) The boys didn’t find out until two days before their plane left whether or not they would be able to fly into Montana. Imagine if you had to spend three days waiting for permission anytime you wanted to go skiing. At least the lift lines wouldn’t get so long. 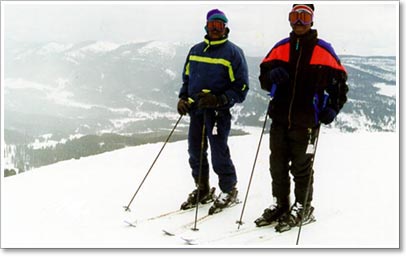 Before returning home, the brothers met Montana former Govener Marc Racicot, visited some local schools, went to the theater, and toured Yellowstone National Park. We are all glad that Samuel and Christopher could visit with a few folks here in Montana. You just never know which dream might come true.