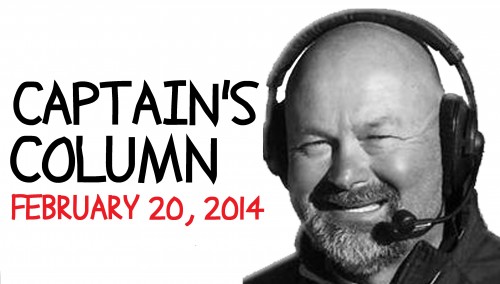 Wildlife conservation groups do their best to promote and preserve wildlife for future generations. When two of the groups join together it can result in something special for Missoula area youth. That’s what is going to happen at the end of this month as Montana Wild Sheep Foundation (MTWSF) and Boone and Crocket Club do their 2014 Youth Outreach in Missoula, in conjunction with the MTWSF annual banquet.

A summer visit to attend summer camp to The Boone and Crocket Club’s Theodore Roosevelt Memorial Ranch is what is being offered for four lucky kids. The mission of the ranch, known as the TRM Ranch, is research, teaching, and demonstration of integrated livestock/wildlife conservation that is integral to the economic viability of private and adjacent public lands. The winners will be chosen at the MTWSF fundraiser Saturday March 1 at the Hilton Garden Inn in Missoula.

“We have scheduled a youth event Friday, February 28th from noon till 5pm and then again on Saturday March 1 from 10am-4pm”, said Shane Clouse MTWSF representative. The youth will be asked to go through several stations that will teach many different things related to wildlife and wild places. “Once they complete all the stations the child’s name will be entered into a drawing”, added Clouse, “from that activity we will pick three of the winners from those kids that completed the work stations on Friday and Saturday and then a fourth winner will be drawn from the kids that attend our banquet on Saturday night”.

The goal is quite simple according to Clouse, “to help Missoula area youth gain more opportunity to experience the majestic outdoors that Montana has to offer”.

“I really think that the kids will have a good time going through these activities and of course at the same time they will be learning more about the outdoors”, Clouse added.

The admission is free to the Youth Event on Friday and Saturday and for those considering attending the banquet Saturday night dinner tickets may be purchased for $50. “The banquet is a great opportunity to raise funds for MTWSF,” said Jim Weatherly the Executive Director, “for every dollar in dues we take in each year we put $9.18 into Montana sheep projects”.

In fact, for the past six years, MTWSF have put $190 per member per year in funding Montana sheep projects according to Weatherly. Montana sheep populations have increased from 1960 when there were 1700 sheep in the state to 4000 now.

“The challenges are still out there in putting sheep on the mountain and making sure they stay, in 2010 we had 6000 sheep in the state but due to disease the numbers have declined 2000 since then”, said Weatherly.