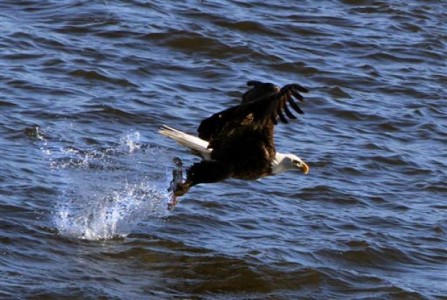 Sometimes, you just gotta find a person with a homemade giant slingshot to get some good eagle pictures on the Mississippi River…

According to a recent post on mtstandard.com, photographers flock to the Mississippi River to get pictures of eagles, and they are getting help from Ken Kester, the man who built a “fish launcher”.

Apparently, Kester sets up the slingshot in Le Claire, Iowa, and his slingshot can “toss fish far out into the channel where the water is calmer”, which is also where the eagles are most comfortable off shore.

This whole thing gets an okay from the Iowa Department of Natural Resources, as long as the fish come from the local pool of water.  Conservation officer, Jeff Harrison, isn’t so sure he agrees with it on the ethical standpoint of the wildlife photographers, as some of the photos end up in pretty major publications, and they are more or less staged.

One thing the fish launcher does do is add some drama to the pictures taken of the eagles diving after the fish.  What are your thoughts? 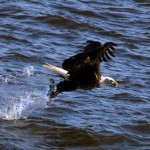 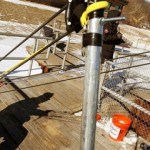 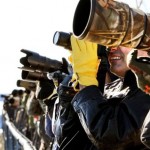 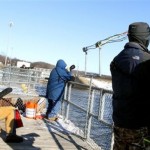