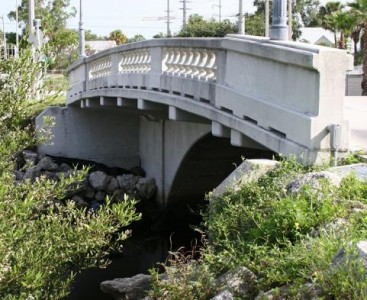 Back in 2009, a Florida man was accused of throwing a fish-missile at a boater in the water below the bridge he was fishing on after repeatedly asking the boater to move away from his prime fishing spot.

Apparently, the bridge angler was not happy when the boater parked his boat below, blocking the a prime fishing location, and the boater refused to move.  That is when the land angler casted half of a fish into the boater’s boat, hitting the driver in the head…and then he reeled it back.

Even though the angry fish-tossing angler appeared to apologetic after the fact, he was arrested and released on $15,000 bond from St. Lucie County Jail.  The bridge angler ended up facing a felony charge of throwing a missile into a vehicle and a misdemeanor battery charge.

Now, I am not sure what Montana’s laws are on fish-hurling, but it would be smart to look them up BEFORE you find yourself in a similar situation…it just makes sense to not throw, or cast, anything at anybody–regardless of how angry you are that they are blocking your good fishing spot.

And the police never did find the “missile” fish piece…