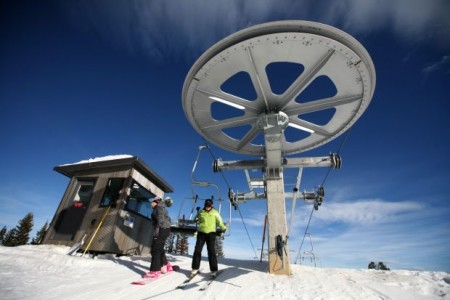 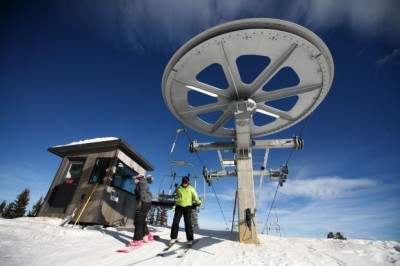 I’ve been skiing at Bridger Bowl since I was knee-high to a grasshopper. OK, maybe not that long, but since I was 11 years old. Bridger was my winter playground from that age on through high school, and it still remains my favorite mountain for variety of terrain, low cost and quality of terrain. This year, Bridger has two new lifts turning on the north side of the mountain. The lifts – Powder Park and Alpine – replace the old Alpine lift – the first chair lift I ever rode and forgot to get off. Surprisingly, 40 years later, I almost forgot to get off the new Alpine lift. Hmm, must mean I’m in my second childhood. The new lifts more than double the amount of lift capacity compared to the old lift, so Bridger can now spread out more intermediate and beginner skiers. Riding the lifts is strange to old-timers like me, who were so used to the old Alpine lift, because we now get off to ski in different areas and get a new, elevated view of the mountain. Bridger has consistently upgraded its skiing facilities over the years, no small task for a nonprofit area. Next on the list, a new Alpine Cabin to warm skiers using the new lifts. Check it out. You won’t be disappointed.

Written by Brett French-Outdoors Editor for the Billings Gazette