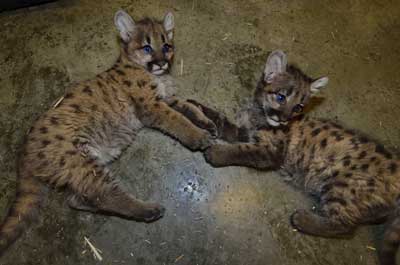 The preceding words are straight from the Montana Fish, Wildlife and Parks (MFWP) website, and many people may not realize that MFWP has a rehabilitation center that helps get animals back into their natural, wild habitat.

Here are some photos, all taken by Jesse Lee Varnado, of some of the animals FWP has helped over the past year: 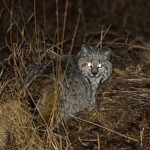 This young bobcat was brought to the Wildlife Center as a tiny kitten where she remained until old enough to be released. She needed to learn hunting and survival skills without becoming comfortable around humans. 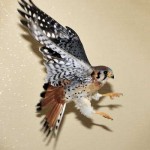 This male Kestrel is practicing his flying skills after orthopedic surgery to repair a badly fractured wing. He was released shortly after this photo was taken. 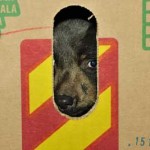 This little black bear cub came to us with a fractured skull, dislocated shoulder and injured eye. After extensive treatment and rehabilitation she was able to be released early this winter and has successfully denned this winter. 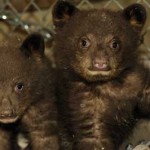 These two black bear cubs were illegally removed from their den after which their mother abandoned them. They were raised and released successfully this fall.. 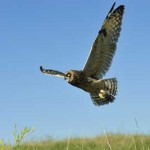 This is a Short Ear Owl who was found after being struck by a vehicle. After a short period of treatment and rehabilitation he was able to be released back where he came from in Cascade 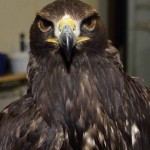 This juvenile Golden Eagle fledged from the nest early and almost starved prior to being rescued by a FWP warden. He is currently learning the necessary skills for survival while at the Wildlife Center and is scheduled to be released this spring. 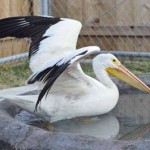 Both of these American White Pelicans were rescued after being left behind by their flock. Neither one would have survived the winter due to the permanent nature of their injuries so they are resting at the Wildlife Center while awaiting transfer to the Sacramento Zoo.. 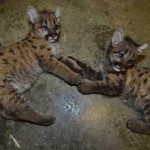 These young cougars were rescued after their mother was accidently killed. They are growing and thriving while awaiting zoo placement since it is considered impossible to successfully raise them for release when they are this young. 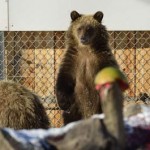 These grizzly cubs came to us when they were orphaned in the late fall. They had become habituated to humans through their mother’s behavior and so were placed at the North Dakota Zoo. 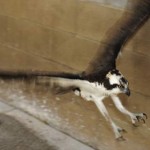 This Osprey suffered a dislocated shoulder when she hit a high tension line. After several weeks of rest and rehabilitation she was successfully released right where she came from at Canyon Ferry. 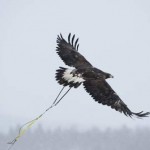 This young Golden Eagle is learning to fly on a creance (a long line used to prevent the bird from flying off) while he develops the skills necessary for a successful release. 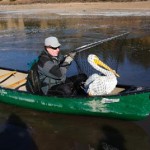 Jim Sparks of BLM successfully wrangled this adult male Pelican into his canoe during the rescue at Nevada Creek Reservoir. 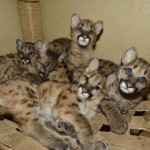 This pile of cougars is resting after a good meal and a rowdy recess at the Wildlife Center while they are awaiting zoo placement. 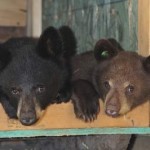 Don’t let their good looks fool you. These young black bear cubs are close to being placed back out into the wild where they will be radio tracked for up to 2 years post release to determine how successful our rehabilitation program is.