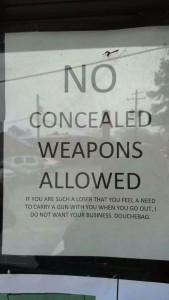 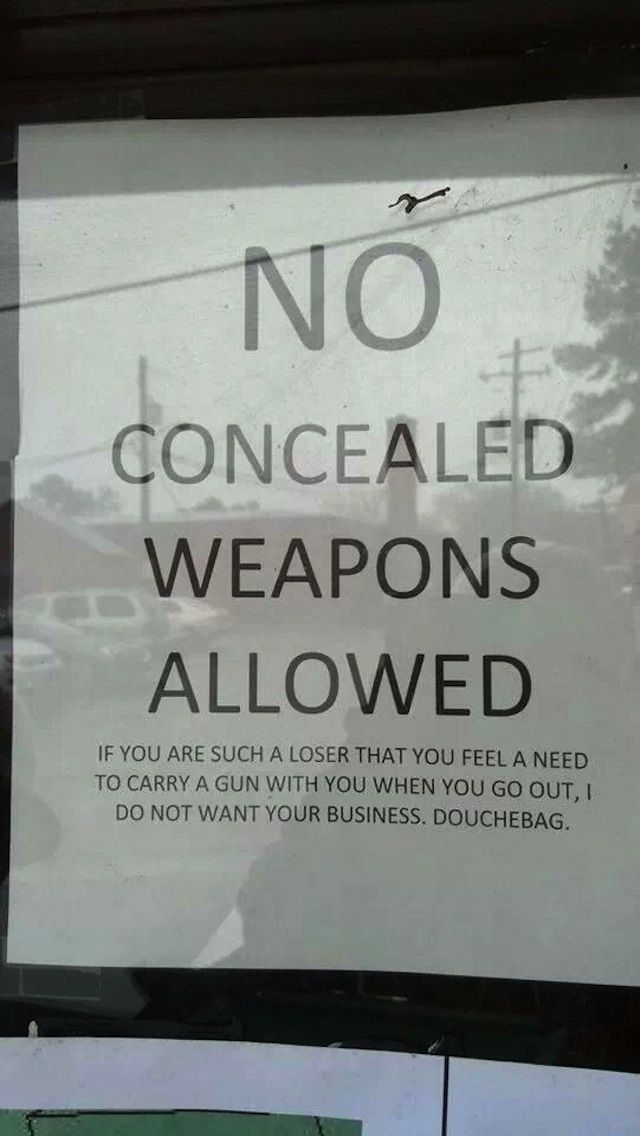 “NO CONCEALED WEAPONS ALLOWED.  If you are such a loser that you feel a need to carry a gun with you when you go out, I do not want your business. Douchebag.”

The owner of the pub would only give his name as “Pete” and describes himself as a conservative Democrat and not a “big-ass liberal”.  Pete told The Washington Times that ” he’s a big supporter of gun rights and has had a concealed weapons permit since 2001, but he doesn’t feel guns have any place in a college town”.

Pete did say that he regretted the language he used on the temporary sign and claims he chose those words out of frustration.  He also said that the community stands behind him, but the national backlash that has occurred due to the sign has forced him to leave his phone off the hook.

Pete concluded his interview with the Washington Times stating, “If it wasn’t so sad, it’d be funny.”

How would you react if you saw a sign like that at a bar in Montana?  I, personally, would not go to any business that referred to concealed weapon owners as losers and douchebags.