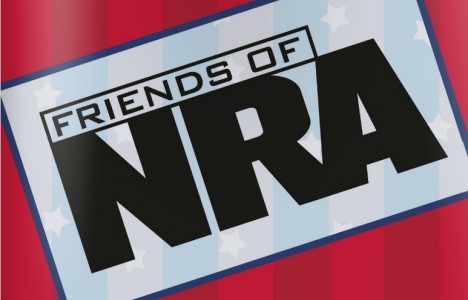 Montana sportsman and women support many fund raising banquets each year. I think you will agree there is no shortage of events and gatherings that hunters, anglers and shooting enthusiast can place their hard earned money. The non- profit organizations that put on these banquets are driven and supported by many local volunteers putting in their time and money to help their event become successful.

The NRA also provides funds for other worthwhile organizations and causes like Women on Target, Boy Scouts, Eddie Eagle, Refuse to be a victim, Youth Education Summit, Hunters Safety, and Law Enforcement.  This Missoula Friends of the NRA Banquet this year will be held at the Double Tree Inn Edgewater in Missoula Friday April 4th. “Last year we had close to 300 people attend but the majority of them bought tickets a couple of days before our banquet or at the door”, said Harrison. While they don’t want to turn anyone away, ideally they would like to sell more tickets in advance so that they can get a better idea of how many folks will be attending.

“Tickets are $40 and they can call Rick McCool at 406-241-9946 or me 406-214-1343 or stop in at Missoula’s Les Schwab Tire locations on Brooks and West Broadway to buy them”, said Harrison. If you want to buy on line go to www.friendsofnra.org and click on the event tab. One of the highlights of this years’ Missoula NRA banquet is the chance to win a numbered NRA rifle or pistol. “We also will have a wide array of other merchandise that has been donated by local retailers so we are looking forward to a fun night and hope to raise some more funds to help Montana shooting clubs and ranges”.