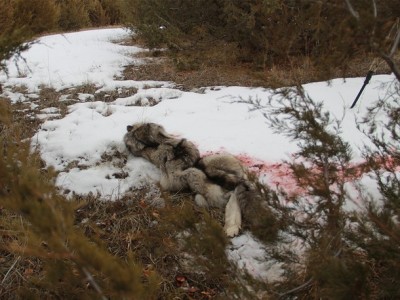 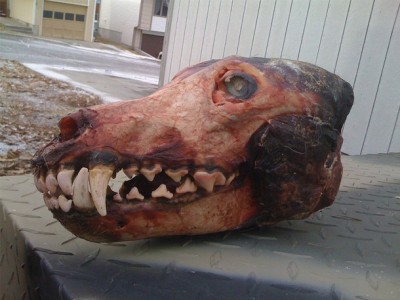 Photograph by Bryan McCravy
The remains of a wolf killed by a cougar in Montana’s Bitterroot Mountains in 2009.

An episode of National Geographic Wild was filmed in Montana’s Bitterroot Mountains, and its next airing is scheduled for March 17th at 2PM ET (noon in Montana). This particular episode focuses on Montana’s predators: Cougars vs. Wolves, and host and “big cat wrangler”, Boone Smith, has a goal to “pinpoint the places where cougar-wolf conflicts most often occur by gathering clues about each creature’s hunting, feeding and fighting behaviors”.

The National Geographic Wild website states that at least two collared wolves have been killed by mountain lions to date.  Hunters in Montana account for the deaths of approximately 500 cats a year, while the total harvest numbers for wolves are significantly lower with a total of 228 wolves being taken via hunting and trapping for the 2013-2014 season so far.  Montana’s wolf hunting season ends this Saturday, March 15th, while the state’s wolf trapping season ended February 28th.

The episode includes the crew capturing photos of a mountain lion at Bunch Gulch, setting up a decoy consisting of a wolf hide and fake blood, looking for wolves via helicopter, analyzing a mule deer dismembered by a wolf pack and more.  Check out the show on Monday, and let us know what you think. 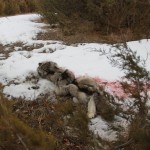 Using fake blood and cinematic photography, this wolf pelt was made to look like a wolf carcass. Photograph by Warm Springs Productions/Kirsten Johnson 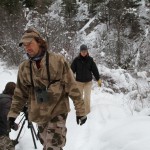