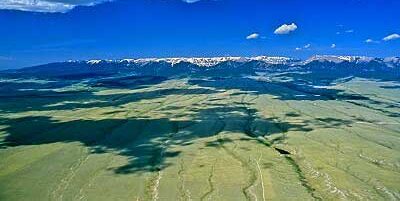 There is  a land exchange being discussed between the Bureau of Land Management and private land owners that has been flying just under the radar for years. Now Central Montana Hunters for Public Access have established a petition to get signatures in opposition of any such exchange.

The land in discussion is a landlocked area called The Durfee Hills, which is a parcel of about 2,700 acres of BLM land without public road access currently surrounded by private land owned by Texas billionaire brothers Dan and Farris Wilks.  This area would be exchanged for another parcel of land owned by the brothers, which would provide access to the Upper Missouri River Breaks National Monument.

A petition by Central Montana Hunters for Public Access has been established to raise public awareness and gather signatures to:

Cease any effort to exchange the Durfee Hills BLM parcel out of public ownership. And, initiate and complete a new connecting road into the Bullwhacker area of the Upper Missouri Breaks Monument. See copy of petition here.

The problem with the land exchange, according to Montana hunter Michael Gordon, is that it is nowhere near a fair trade.

“We would basically be giving up a pocket of some of the best elk hunting land in the state, for access to a section of public land with limited elk hunting opportunities,” said Gordon, who bagged an 8×8 bull elk in the Durfee area in 2012. “There are other options than just giving up this public land.” 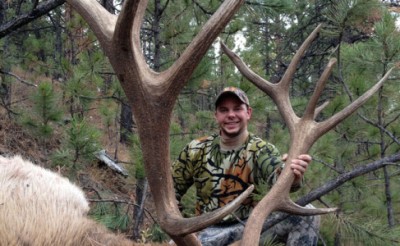 Photo: courtesy Michael Gordon, from 2012 hunt in the Snowy Mountains

(You can read all about his epic hunt in the Durfee area from our story we reported on www.montanaoutdoor.com here.)

According to a recent Billings Gazette article, the limited access to the Durfee area is what makes the elk hunting so spectacular.

The Durfee Hills is a parcel of about 2,700 acres of BLM land without public road access. That hasn’t stopped helicopter and airplane pilots from flying hunters into the property to hunt elk. A large herd of elk inhabits the public land, partly because the surrounding N Bar Ranch, purchased by the Wilks brothers three years ago, provides a little-hunted haven.

Read the rest of the story from Billings Gazette here.