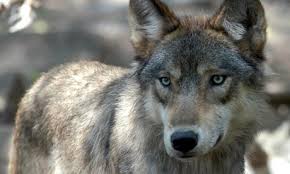 A female gray wolf “hooked up” with a domestic guard dog in Pend Oreille County in Washington state, according to a recent post on spokesman-review.com.

Apparently, the wolf was one of two females that biologists have been tracking in the Ruby Creek Pack since July.

It turns out, in February, a sheep dog climbed a seven-foot-tall fence, and took off with the two female gray wolves, which happened to be in heat at that particular time.  One of the wolves did become pregnant, and on Saturday, wildlife officials ended up tranquilizing and spaying the pregnant wolf to prevent this from happening again in the future before releasing them.  The sheepdog is back home.

Donny Martorello, the Fish and Wildlife Department’s carnivore manager in Olympia, was quoted saying that “Spaying was a better alternative than trying to go out and kill all the pups after they’re born.”  Martorello is also convinced that the sheepdog would have been killed instantly if there were a male in the group.