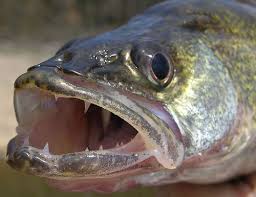 Fisheries Sampling on Noxon Reservoir Begins in April
By angelamontana

FWP will be initiating walleye research on Noxon Reservoir beginning in early April.  Biologists will collect data to determine population demographics, reproductive potential, dietary habits and PCB concentrations within edible portions of walleye.  The information will be used in the revised draft Environmental Assessment (EA) and determine if additional consumption advisories are necessary for Noxon’s sport fish.

According to Project Biologist Kenny Breidinger, the goal of the project is to determine if the Noxon walleye population can be effectively controlled. This will be a short term feasibility study.

“A substantial amount of scientific information indicates that walleye pose a significant threat to all of the reservoirs fisheries including the popular perch and bass fisheries” says Breidinger.

Breidinger adds that a common misconception is that controlling walleye numbers, if possible, would be done solely to protect bull trout in a habitat that is not suitable for that species.  Noxon Reservoir is suitable habitat for bull trout and is commonly used.  The population has been stable since 2000 and may be growing.

Studies show that walleye are efficient predators that feed on any species of fish available.  This efficiency, along with their ability to quickly overpopulate, gives walleye the ability to significantly reduce populations of other species.  These reductions are especially well documented among yellow perch and numerous species of trout, minnows and suckers.  Many of these species provide the essential forage base for Noxon’s sport fish.

Annual monitoring of Noxon Reservoir fisheries over the past thirteen years has revealed two distinct trends in fish populations.  The first is increasing numbers of nonnative predators in the reservoir.  This increase is largely due to the expanding walleye population although increasing numbers of northern pike and bass also contribute to this trend.  The second trend is decreasing numbers of forage.  Analysis of the size structure of these populations strongly suggests that these declines are due to excessive predation.   The quality of Noxon’s sport fisheries will likely decline if these trends continue.

Noxon Reservoir is a diverse fishery that provides exceptional recreational fishing opportunity and supports stable populations of sensitive species.  Scientific literature, local research and case histories all suggest that walleye pose a very real threat to  other fish species in the lower Clark Fork drainage.  It is FWP’s responsibility to maintain stable quality sport fisheries and conserve and protect native fish, so the walleye issue must be addressed.

Planning continues on the direction of fisheries management for Noxon Reservoir.  In February 2013, FWP released for public comment the Draft Environmental Assessment to Investigate Suppression of Walleye in Noxon Reservoir.  This proposal was met with both significant support and opposition.  Following the public comment period FWP released a decision notice indicating that research would continue on illegally introduced walleye while a revised draft of the EA is developed to address the public’s comments.  In addition FWP also solicited comments during a two month scoping period which ended in November.  This scoping effort produced responses from 34 individuals and groups.  A subcommittee of the Region One Citizens Advisory Council was asked to help group these comments, prioritize the issues and determine which issues were relevant.