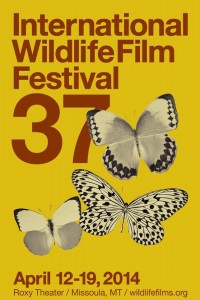 International Wildlife Film Festival This Week in Missoula
By OutdoorAly

The 37th annual International Wildlife Film Festival kicks off with WildFest and WildWalk in Downtown Missoula and Caras Park TODAY April 13. Don’t miss an unforgettable eight days of award winning wildlife films at the Roxy Theater day and night and a stellar line up of filmmaker presentations as well.

The film festival is known The International Wildlife Film Festival was “the first regular ongoing festival devoted solely to wildlife films” and this “signaled that wildlife films had arrived as a motion picture genre distinct from others”. It is a juried event that lasts eight days and “involves the world’s top wildlife filmmakers, producers, scientists and conservation leaders”, and up to 12,000 people attend. 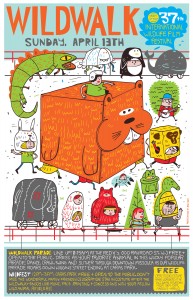 The WildWalk parade lineup starts at 11:15 at the Red X’s at the end of Higgins, Sunday April 13. The parade is free and open to the public, dress as your favorite animal and parade down Higgins to Caras Park . From 12-3 at Caras there will be a celebration with live music, face painting, and concessions.

For a full schedule of films featured this week click here.