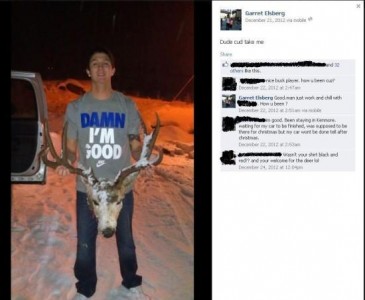 Here is a Washington poaching story from spokesman.com that is disturbing in itself, but what do you think of his punishment?  Should Montana punish poachers like this?

“The man who wore a T-shirt reading ‘Damn I’m Good’ while hoisting the severed head of one of many trophy Okanogan bucks he poached during a 2012 and 2013 killing spree was sentenced to five years in jail and over $24,000 in fines,” reports Andy Walgamott of Northwest Sportsman.

“These were the most flagrant acts of poaching in my 25 years as a game warden,” said Jim Brown, former Washington Department of Fish and Wildlife police officer and now the agency’s region manager in Ephrata.

Walgamott has a full roundup of information about the case involving this young man gone wrong. 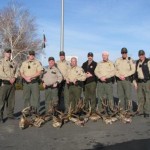 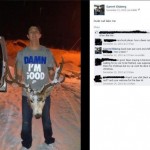 Washington Fish and Wildlife police say Garret Elsberg posted this photo on Facebook on Dec. 21, 2012 after he illegally killed a trophy mule deer known in Okanogan County as the Pitchfork buck. (Washington Department of Fish and Wildlife)

(Information and Photos via spokesman.com)