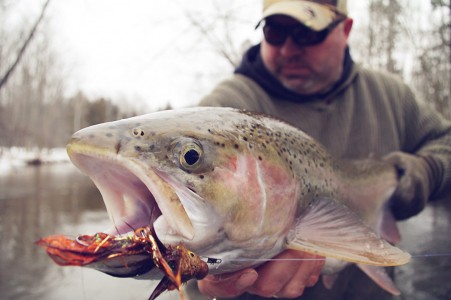 Water conditions remained favorable through the weekend, with clear water observed in all location codes and water temperatures in the mid to upper 40s.