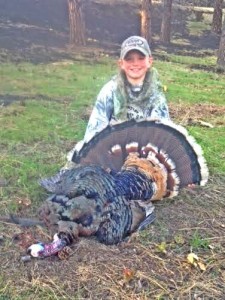 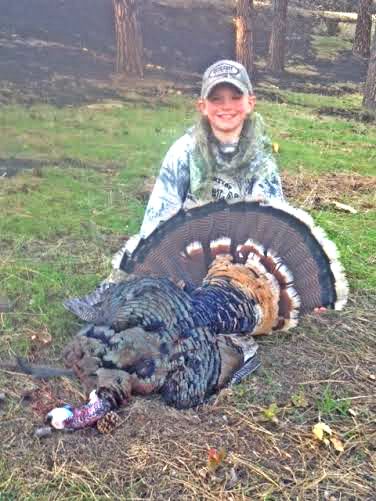 Shawn Plakke and his nine year-old son, Orion, of Superior, were out turkey hunting this past weekend and happened to spot a tom working his way up a hillside with two hens.

Shawn knew the area that the turkey trio was heading to, so, the two hunters decided to move into an old ditch that runs directly across from where the turkeys were going.  He figured they could sneak across the ditch and ambush the tom.

After creeping for quite some time and not seeing the turkeys, Shawn spotted the tom putting on a show for the hens.  So, they decided to set up and moved another hundred yards closer, down into the ditch.  Shawn stood up a little to get another visual on the turkeys, and he saw that they were heading toward them.

Five more minutes went by, and Shawn finally got him.  “The tom is the biggest of four turkeys I have killed as far as weight. The beard was nine inches,” he said.  “The best part is when my boy jumped up and gave me a huge hug after it was all said and done. He wanted to carry the bird back to the truck. That’s when I shot that picture.”

Good work, Shawn and Orion!  That is a very nice tom! 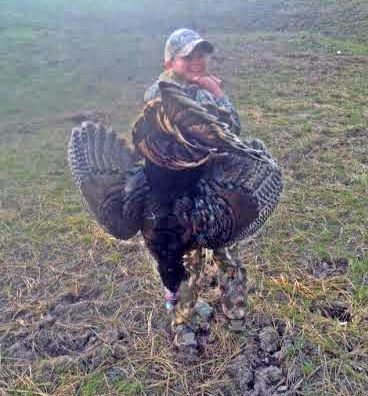