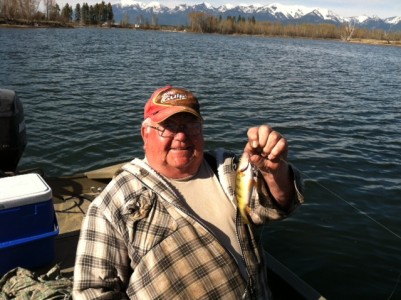 Captain and Crew Head to Brenneman Slough
By OutdoorAly

And that was all it took for Dick Zimmer lure the Captain on a fishing trip to Brenneman Slough north of Big Fork on the Flathead River. They decided a mid-week fishing trip would be best, and Captain invited pal Don Beardsley to come along. Zimmer spearheaded the expedition on Wednesday, and off they went to his “favorite new lake.” 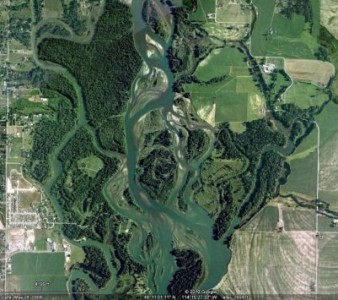 “Last time I was here I caught peamouth, crappie, sunfish and perch”, Zimmer said as they launched the boat into the Flathead River. “It is a fun little lake to fish.”

The fishing started out a little slow, and never really picked up for them. But, thanks to good company on the boat, Zimmer didn’t have to eat his words; it did after all turn out to be “a fun little lake to fish.”

It was a neat little the lake that Captain had never fished before, and Beardsley ended up with enough perch for a nice meal while Zimmer caught enough bait (peamouth) to make it worth his while. 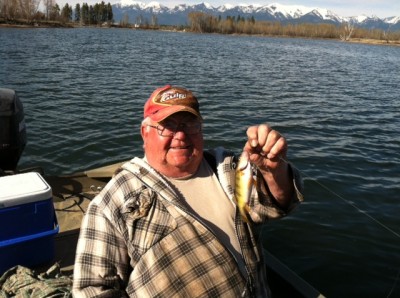 Don Beardsley snagged some perch on the slough! 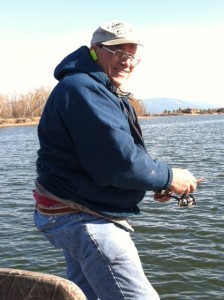