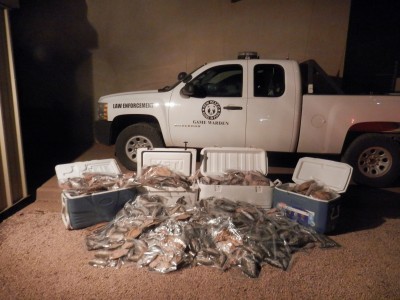 This is not Montana news, but it does reinforce that fishing regulations are set for a reason, and they should be followed.

An anonymous tip led the New Mexico Department of Game and Fish Conservation Officers to the home of 62 year-old Bounchanh Bounsombath of Clovis, New Mexico.  There they found over 1,600 trout, which is more than 160 times the legal possession limit!!

According to a recent post on flyfisherman.com, Bounsombath was arrested on Monday, May 12th after admitting he did catch all of the fish at Green Acres Lake and Denis Chaves Pond in Clovis.  Approximately 10,000 rainbow trout were released into Green Acres and Denis Chaves between November of 2013 and March of 2014.  Regulations state that “Licensed anglers may catch and keep up to five rainbow trout per day and may possess up to 10 rainbow trout at their residence.”

The article went on to state that Bounsombath had a bail set at $2,500 and that the New Mexico Department of Game and Fish Conservation is seeking $8,000 in restitution for the state to recover the loss of trout. 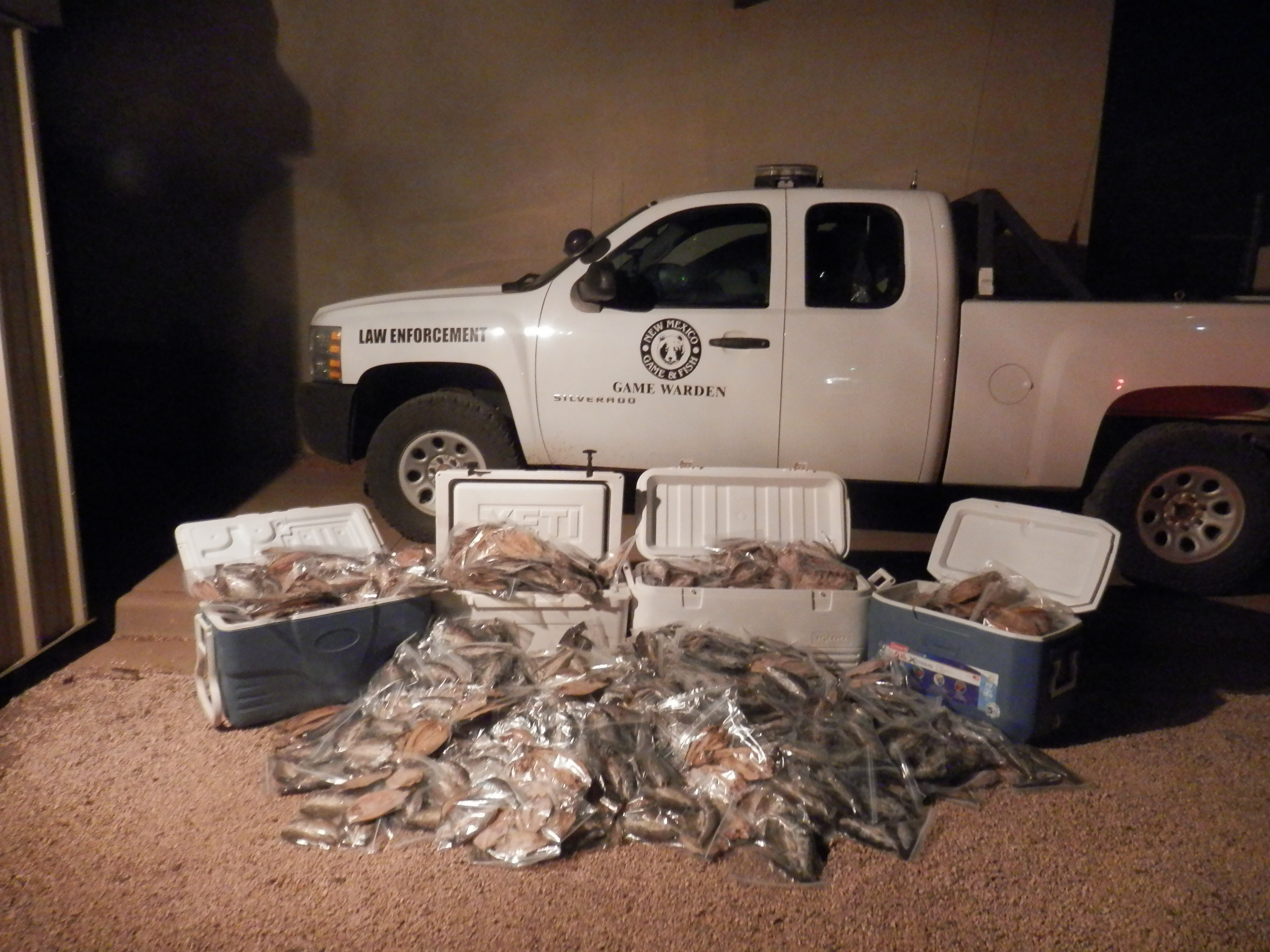 (Image courtesy of New Mexico Dept. of Game and Fish)

Photo and information via flyfisherman.com