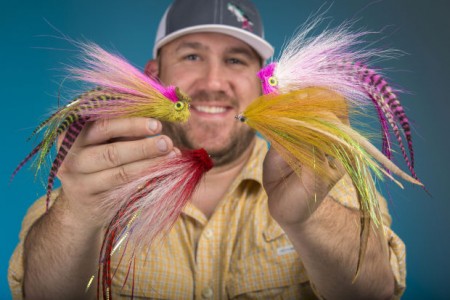 For muskie angler Chris Schneider, all it took was for one of the big fish to cruise close to his fly and he was hooked on the sport of fly fishing for the toothy predators. In Montana, though, there aren’t a lot of options for muskie anglers. Tiger muskies, a cross between northern pike and true muskies, are stocked in reservoirs around the state, but only sparingly. That’s because they are used as a way to control booming populations of rough fish like perch or suckers.

Steelhead anglers are known to call the sea-run trout the fish of a thousand casts. Muskie anglers say the target of their obsession is a fish of 10,000 casts. Those casts can be even more tiring if the fly anglers are tossing big patterns that may stretch to 18 inches or more by the fall. Learn more about the sport and the flies by logging on to my story at billingsgazette.com: