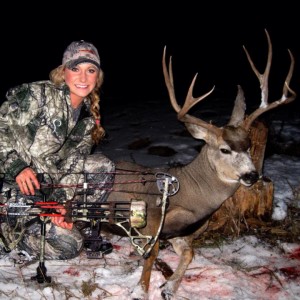 Montana’s very own Amanda Caldwell, of Bozeman, made it to the finals for a global competition known as “Extreme Huntress”! It is a fantastic method of bringing awareness to women in hunting and increase knowledge about the sport.

The top six girls will be taken to Texas in July for a head to head competition similar to the competition on the television show “Top Shot”. The entire competition will also be shown in a tv series from October -December.

We want to see Amanda make it, and we can help her get to Texas by voting!  Each individual can vote twice, too!

Keep in mind, the voting ends on May 31st at midnight, vote NOW!  She is currently in sixth place, and we want to see her stay in the top six!

*Bonus* when you confirm your email you are entered into a drawing to win a Ruger American Rifle !!!