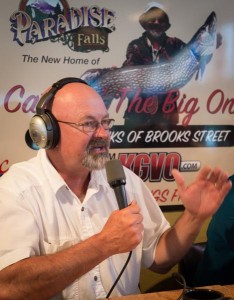 I had the pleasure of joining the Captain & Crew this morning during Catchin’ the Big One’s radio show at Paradise Falls on the “Banks of Brooks” in Missoula where they broadcast live every Friday morning. Some of you may know me as “Outdoor Aly” from www.montanaoutdoor.com, where I share some of my outdoor adventures in Montana, often times through photos. This time I took the adventure indoors to capture the “Crew” in action.

The Montana Outdoor Radio Show has been airing for around 30 years, and has acquired a following of dedicated listeners who tune in every week for the most current hunting and fishing information in Montana. You can listen to Catchin’ the Big Ones each week on Friday morning from 8-9am on KGVO 1290am/101.5fm in Missoula, or listen online at www.KGVO.com. The Captain & Crew also broadcast the Montana Outdoor Radio Show from 6 to 8 a.m. Saturdays over our statewide radio network.

The Captain described the photo opportunity this morning as an exposé. Read the definition and decide for yourself if these photos are a fit. Either way, we hope you enjoy a glimpse of Catchin’ the Big Ones!

ex·po·sé (ksp-z)
n.
1. An exposure or a revelation of something discreditable.
2. A formal exposition of facts. 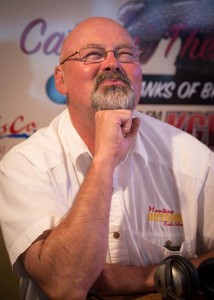 The Captain deep in thoughtful meditation during a break in the radio show. 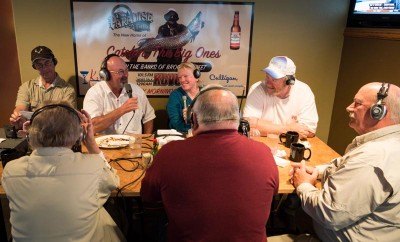 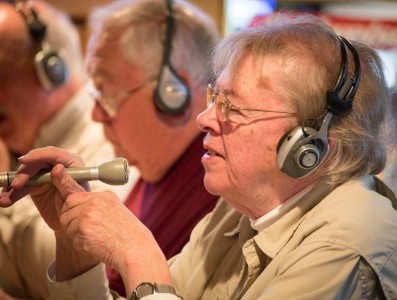 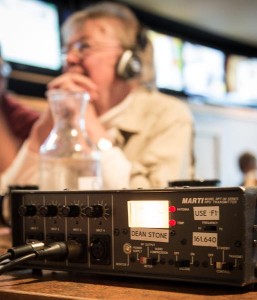 This little black box is how we get the most current fishing and hunting info straight from the Crew to you! 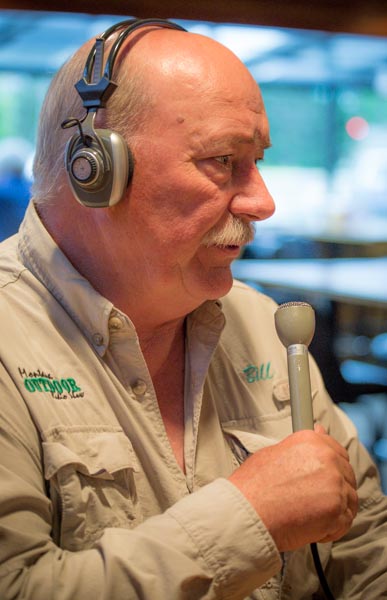 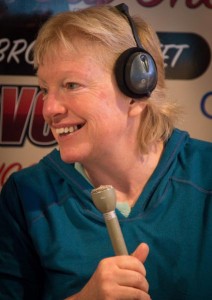 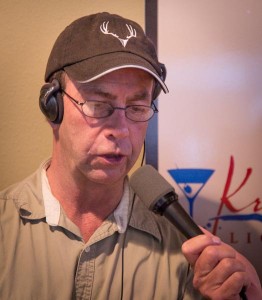 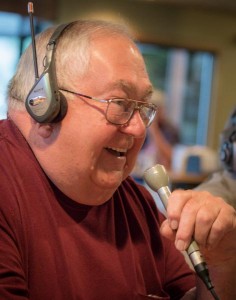 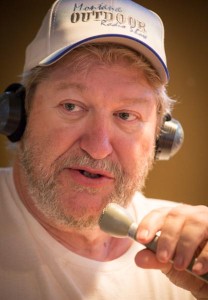 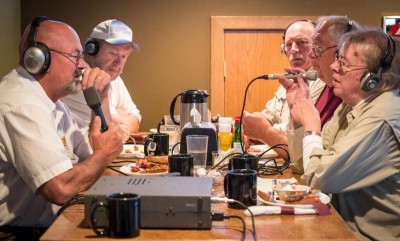 On the air live!

The Crew! Including Paradise Falls “Star Waiter” Jason (end of table on right) 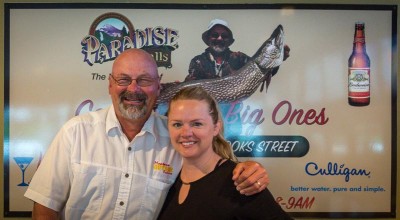