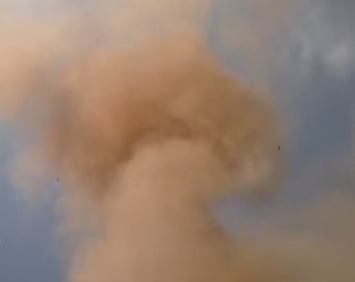 Man Struck by Lightning Caught on Video
By angelamontana

Montana definitely has its share of lightning storms, and we are  always warned to take cover if there is ever a time when we are caught in a storm with lightning.  Sometimes, you don’t realize just how exposed to Mother Nature’s fury you are until AFTER you get struck by lightning…and storm chaser Scott Sheppard just happened to have his camera rolling while he was struck by lightning in South Dakota.

According to an article on iflscience.com, “the strike ran down Sheppard’s arm before jumping to the ground and making the hole you can see.”  The incident damaged Sheppard’s car and another vehicle to the point that they needed to be towed, although, fortunately, Sheppard’s arm was not injured–just sore.

Be careful out there, Montanans and beyond!