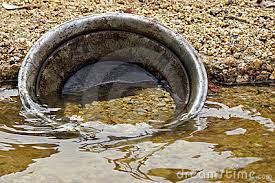 It sounds like a version of the Beverly Hills Hillbillies, turn on your kitchen sink and gold comes running out! But, that very thing happened earlier this week to two Whitehall, Montana residents who found gold flakes in their tap water. Normally the discovery of gold may be good news, but having any heavy metal sediment in drinking water raised concerns about what else may be in there that can’t be seen with the naked eye.

Whitehall is about 25 miles southeast of Butte in Jefferson County. The town gets its drinking water from two wells — one off Division Street and another a half block east of Whitehall Street. Both wells are right in the middle of town.

NBC Montana was in Whitehall today and saw firsthand gold flakes coming from the faucet.

Mark Brown told us his wife Sharon was finishing up the dishes earlier this week when she noticed something unusual.

Brown explained, “She had pulled the plug to let the water out and there were glistening, gleaming little flecks.”

They showed us what they found — small gold-colored flakes, right in the bottom of the sink.

Brown recalled their disbelief, “That couldn’t possibly be gold, huh? And I was sure it wasn’t.”

He showed us how they are finding the flakes in their tap water and also the toilet tank. They ran multiple tests on the flakes and found one of the most precious metals on earth — gold — was coming out of the tap.