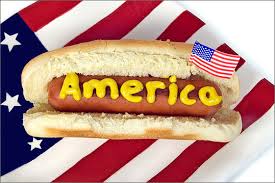 It’s the Fourth of July!  Thank you to all of our military servicemembers (past, present and future) for being the reason we are the land of the FREE!  So, how do you celebrate your freedom on the 4th of July?  I managed to find five pretty interesting facts about how we (Americans) celebrate Independence Day (via umbel.com) that you may have not known.  It’s more about how much we collectively spend.  Check this out:

1.  Percent of American households with a grill: 87 – and Fourth of July is the most popular day to use them, with 71% of us assuming the grill position. Gas or charcoal? 50% of Americans own a gas grill, 36% prefer the charcoal variety.  Grilling all that food costs almost as much as buying it. Americans will spend $111.1 million on charcoal and another $94.3 million on lighter fluid.

2.  150 million: the number of US flags sold each year in America. There was some controversy a while back about some of our all-American flags being manufactured in China. Fortunately, that’s been cleared up and when you’re buying flags for the Fourth, you can rest assured that most American flags are manufactured right here in the USA.

3.  68.3 million cases of beer are sold on Independence Day – that’s $341 million, and Montana has the highest per capita beer consumption. Each Montanan drinks an average of 43.7 gallons of beer a year.

5.  Consumers will spend $600 million on fireworks for the Fourth of July. Two-thirds of that will be spent on backyard fireworks, but there will also be 14,000 organized local displays. The average family will spend around $20-$30 on fireworks.

So, when you pick up that ice cold can of beer today as you’re grilling your hot dog, watching the American flag waving in the wind at your camp site and anticipating the fireworks show later in the evening, just remember that you are not alone, and there are a whole bunch of people doing the same thing you’re doing today–especially the beer part in Montana!

Have a safe and happy 4th of July!