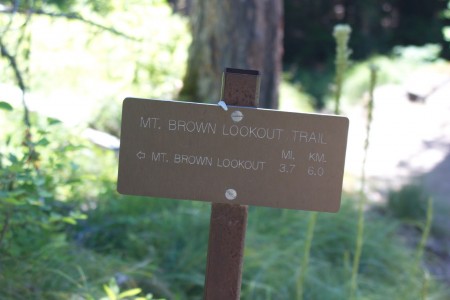 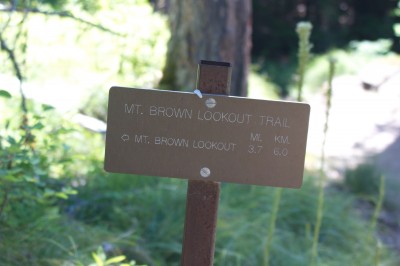 A hiker deployed bear spray and then discharged a hand gun on a bear Saturday morning in Glacier National Park, while another incident required an emergency rescue of an injured hiker.

At approximately 9:30 a.m. Saturday, July 26, park dispatch received notification from a park volunteer backcountry ranger of a hiker-bear incident on the Mt. Brown Lookout Trail, on the west side of the park. Initial investigation indicates that a 57-year old hiker from Texas was hiking alone on the Mt.Brown Lookout Trail when a bear charged him from an area below the trail. The hiker deployed his canister of bear spray and then discharged one round of his handgun. It is believed the bear was wounded, and ran away. The hiker then turned around and quickly hiked back to the trailhead, warning other hikers on the trail of the incident. The hiker met a park volunteer backcountry ranger on the trail, and the ranger notified park dispatch of the situation. The hiker received no physical injuries.

At approximately 2:15 p.m. Saturday, July 26, park dispatch received notification that a hiker in the Lunch Creek Drainage, off of the Going-to-the-Sun Road, needed emergency assistance. The 54-year old woman hiker from Kalispell fell, tumbled a short distance, dislocated her knee and was unable to hike out. Her hiking companion hiked to the Going-to-the-Sun Road to get help. Two rangers hiked in to search for the hiker, and found her in a steep and rugged area, off trail. The hikers were hiking off trail when the incident occurred. Three rangers were flown to the area via helicopter to provide medical assistance and help evacuate the hiker. Due to the terrain and the injury, rangers determined she would need to be hoisted out of the area. Members of the Flathead County Sheriff’s Office aboard the Two Bear Air Helicopter responded to the scene and hoisted the hiker to the helicopter, and then transported her to the West Glacier area where the Three Rivers Ambulance was waiting. The ambulance transported the injured hiker to Kalispell Regional Medical Center.

Hikers in Glacier National Park are encouraged to hike in groups, stay on designated trails, carry bear spray that is easily accessible, and make noise at regular intervals along the trail. The park is home to grizzly and black bears. Bears spend a lot of time eating, so hikers should be extra alert while in or near feeding areas such as berry patches, cow parsnip thickets, or fields of glacier lilies. Hiking early in the morning, late in the day, or after dark is not encouraged. Trail running is not recommended as it has led to surprise bear encounters. For more information about recreating in the park, visit http://www.nps.gov/glac/planyourvisit/index.htm.