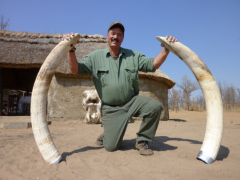 I have very sad news to report; Montana has lost one of her great shooting sports competitors. Dene Cogdill died on June 24, 2014. Our condolences and sympathies go to his wife Lyn and the Cogdill family. Dene was a world champion skeet shooter; he was an All-American team member more times than one can count. A life member of the Missoula Trap & Skeet Club and the National Skeet Shooting Association of which he was a director for over 20 years. He is a member of several skeet shooting Halls of Fame, including the Montana Skeet Shooting Association Hall of Fame. During his career, Dene set many records and achieved many milestones, including husband and wife world championships won with his wife, Lyn. Dene was one of, and arguably, the best skeet shooter that Montana ever produced.

I first met Dene about 15 years ago. Naturally, it was on a skeet field. I was somewhat intimidated shooting with a man who had world class abilities. Dene welcomed me into his squad and made me comfortable with his affable manor. I found that his shooting style was really workmanlike, not flashy, he just an uncanny ability to make the same move on each target with a smooth swing that nearly always resulted in the target becoming just a puff of smoke. Dene was also an outdoorsman. About a year and a half ago I wrote a post about a safari that he had taken to Zimbabwe. On that hunt he took a crocodile and an elephant. Listening to his stories of safari was interesting and lots of fun. And speaking of fun, that is what I will miss the most about Dene. He had a wonderful sense of humor, filled with irony and satire. His mischievous smile often hinted that something was up and one needed to be prepared for God knows what.

Dene Cogdill was a great shooter, but more importantly, he was a friendly, humble, and decent man. He was a fierce competitor, but he always had fun. One of Montana’s best has left us and I, like so many others, will miss Dene Cogdill; our skeet fields will seem a bit empty without him.