The general big game hunting season in Montana is a scant two months away. With that season in mind, I thought we should spend some time looking at rifles.

Rifles, like pistols and shotguns, have three major parts: the stock, the action, and the barrel. In the past, nearly all stocks were made of wood. In the last 20 to 25 years, composite stocks and laminated wood stocks have become plentiful and common. We’ll discuss the pros and cons of the various materials in a later post. The parts of the stock are the butt, comb, grip or wrist, and the fore end. The barrel of a rifle is a hollow rifled tube. The breech end of the barrel is the rear opening to the chamber, the front, where the bullet exits, is the muzzle. Finally the action is where the fire control mechanisms are housed; included are the trigger, sears, firing pin, safety, bolt, and the magazine, as well as the springs that power these parts.

There are basically six types of rifle actions. The bolt action incorporates a lift, pull, push sequence much like the old fashioned door bolt. Bolt actions have been a staple of American hunters for over a century.

Lever action rifles have been around since the 1860s and are still very popular with America’s hunters. It’s quite possible that more deer have been taken with Winchester and Marlin lever guns chambered in .30-.30 than all the other action types combined. 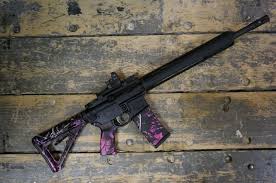 Pump or slide action guns are not as popular as the bolts and levers, but have been really popular with rimfire shooters. Big game semi-auto rifles were once quite rare, but with the huge popularity of the modern sporting rifle, especially the AR style guns, they are some of the top selling designs in the American market. 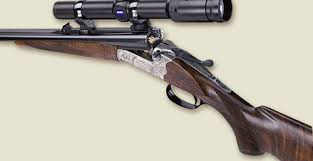 Hinged or break action rifles are not very common and are usually quite expensive.

And lastly, the single shot “falling block” rifle is still very popular with many hunters and target shooters. It is a simple, reliable, and accurate firearm.

In many of my upcoming posts, we’ll examine each of these rifle actions; we’ll look at the assets and liabilities of each, and how they might be used in Montana’s hunting and shooting sports, and I’ll offer some choices of rifles and ammunition for the shooting enthusiast. 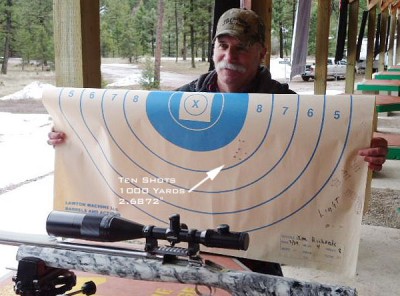 Finally, we want to offer our hearty congratulations to Jim Richards of Townsend. Richards set a new world record at 1000 yards at the Deep Creek range outside of Missoula. Jim’s ten shot group measured an amazingly small 2.6872 inches. This ten shot group is believed to be the smallest shot with any kind of rifle of any caliber at any time, ever. Incredible; well-done Jim!