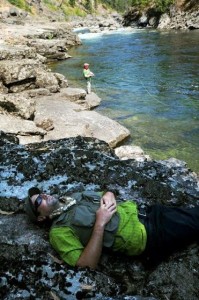 Minnesota angler Kellen Bennett was packing a .45 caliber pistol when he flew into the Selway-Bitterroot Wilderness last weekend to fly fish on the Selway River and nearby Moose Creek. He brought the pistol for protection against bears and rattlesnakes, but what he really needed was defense against a much smaller threat – a wasp. Bennett is allergic to wasp and bee stings and when one bit him while he was fishing about two miles from where his uncle had landed his airplane, Bennett knew it could be a problem. Hoping for a good outcome, he returned to fishing but soon realized his heart rate was escalating. It was only after nearly passing out that he decided to use his EpiPen, which contains adrenaline. That proved to be a good decision. His doctor later told him he knows of healthier people who have died in similar situations. Find out more about the unusual trip by logging on to The Billings Gazette’s website at:  http://bit.ly/V0XivC 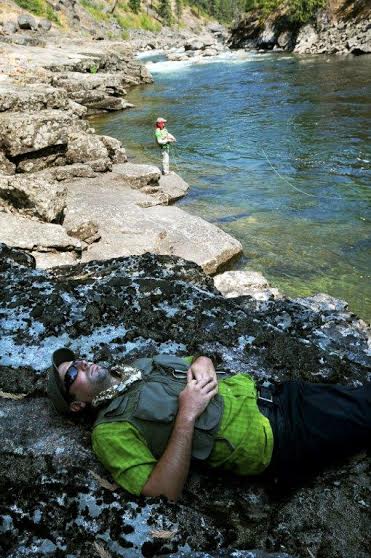