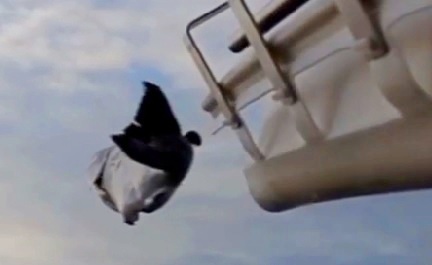 You may remember an article about Utah’s fish-stocking method involving an airplane and a hatch.  Well, a recent post on outdoorlife.com revealed that “Washington has one-upped Utah, and is now using a cannon to move fish.”

Apparently, the cannon they use is a “lengthy, flexible vacuum sleeve designed by Whooshh Innovations“, which was, oddly enough, originally used as a method for transporting fruit.  After Whooshh Innovations heard of the difficiculties Washington wildlife officials were having moving fish through dams, they experimented and came up with what is basically a fish cannon.  The fish are sucked through the tube at a whopping 32 feet per second.  Yakima Nation Fisheries has already moved hundreds of spring Chinook through the Roza Dam via this cannon method.

Check out the video below to see just how their system works: