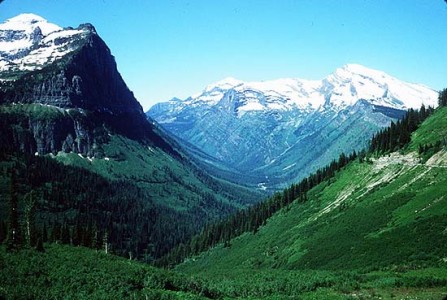 Record Number of Visitors Flocked to Glacier Park in July!
By OutdoorAly

Glacier National Park has just completed its busiest July ever, with 699,650 people entering the park, according to the National Park Service Statistics Office.

The previous July record was in 1983 when there were nearly 690,000 recreational visitors.

According the the Daily Inter Lake, statistics office keeps monthly visitation records going back to 1979. The third-busiest July was in Glacier’s centennial year of 2010 with 673,359 visitors.

Weather often affects visitor numbers, and the Daily Inter Lake reported that balmy weather surely played a part in so many people visiting the park in July, just as rainy weather contributed to a drop in the June visitor count compared to last year.

The Park Service reported a 5.3 percent decline in overall overnight stays in Glacier so far this year. The biggest percentage declines were 15 percent in backcountry overnight stays, 7 percent in RV stays, and 8 percent in developed campground tent camping.