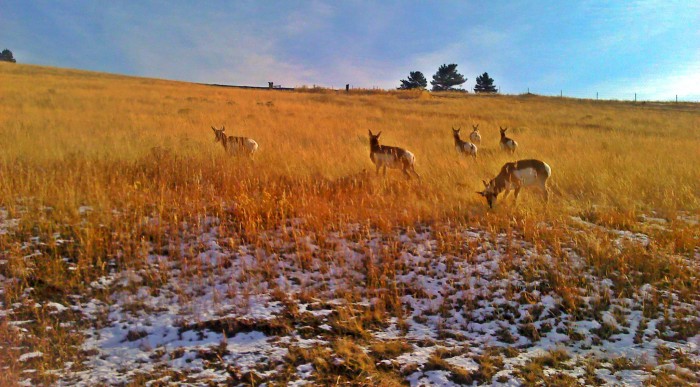 BILLINGS — Hunters who took advantage of this year opening weekend of antelope general season in south central Montana had warm, dry, calm conditions Saturday, but had to contend with rain and wind on Sunday.

More hunters stopped at Montana Fish, Wildlife and Parks check stations in south central Montana than during last year’s opening weekend. The harvest was slightly better than last year, but remained slower than the long-term average.

Hunters throughout the region reported seeing a few more antelope this year than in 2013, but the herds still are much smaller than the long term average, primarily because they continue to recover from diseases dating back to 2008.

At the Billings check station, hunter numbers were well ahead of last year for the opening weekend of antelope season while the number of harvested antelope was only slightly higher than in 2013.

Over the past 10 years, an average of 217 hunters have stopped at the Billings check station with 113 animals for a harvest ratio of 52 percent.

At the Big Timber check station, hunter numbers, the numbers of antelope harvested and percentage of hunters with game all were up from opening weekend in 2013.

At FWP’s Broadview check station, hunter numbers were up from last year, but the number of animals harvested was exactly the same.

The Broadview numbers were down from the 10-year average. Over the past decade, an average of 226 hunters stopped at the check station with 105 animals for a harvest rate of 46 percent.