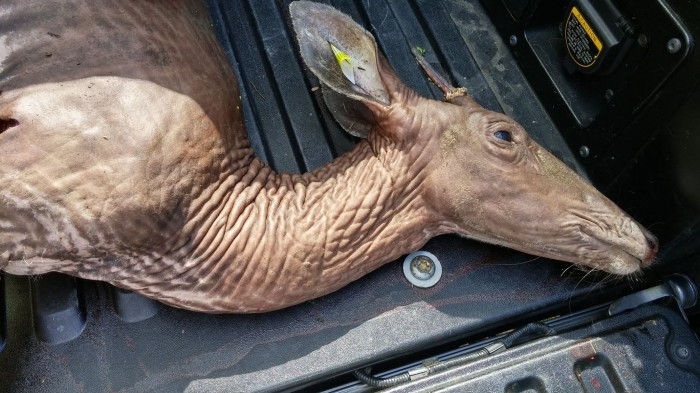 I recently came across something so bizarre, I wanted to share it to see if anybody has any information or has ever seen anything like this during their hunting adventures.  A Pennsylvania hunter shot this deer that appears to be wrinkled and completely bald.  Here is the caption from the photos posted on Facebook by Diane Horst Bachman of Lancaster on October 5th of 2014:

Luke shot the most bizarre deer I’ve ever seen, it is bald and has brown wrinkled skin! It looks like ET!!! Does anyone know who we could ask about this?

Has anybody come across anything similar in Montana? 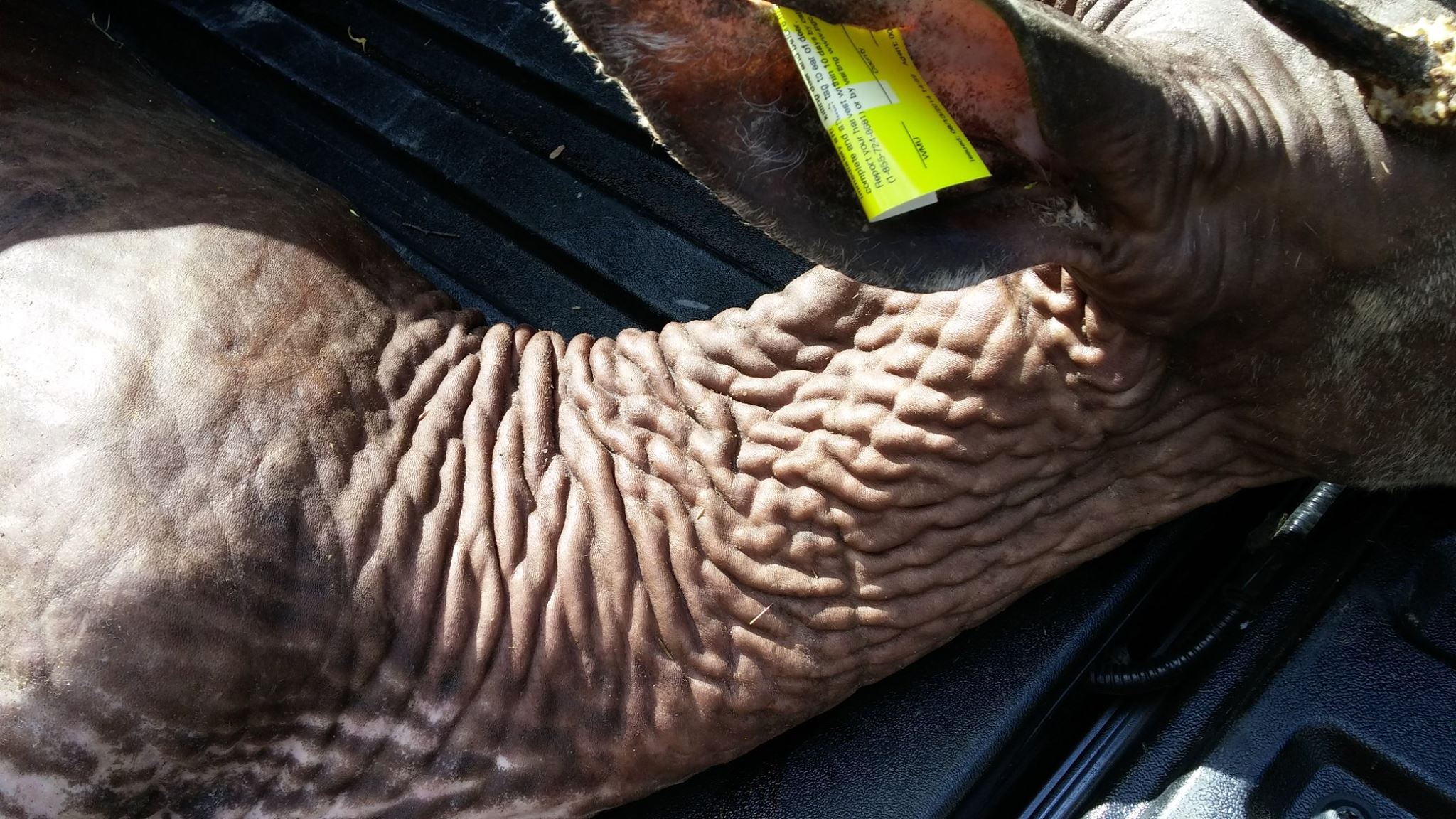 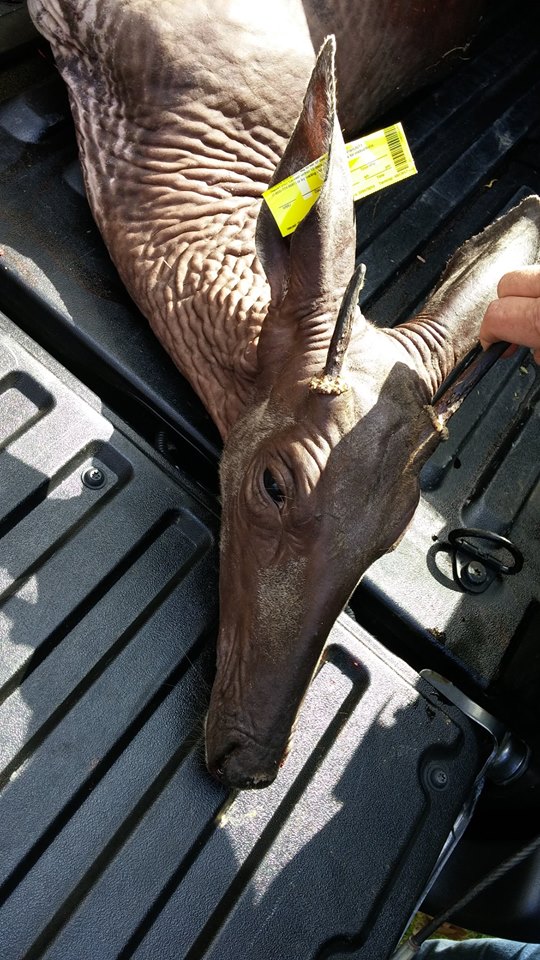 Cameron McCleary received this response from Fish and Game: 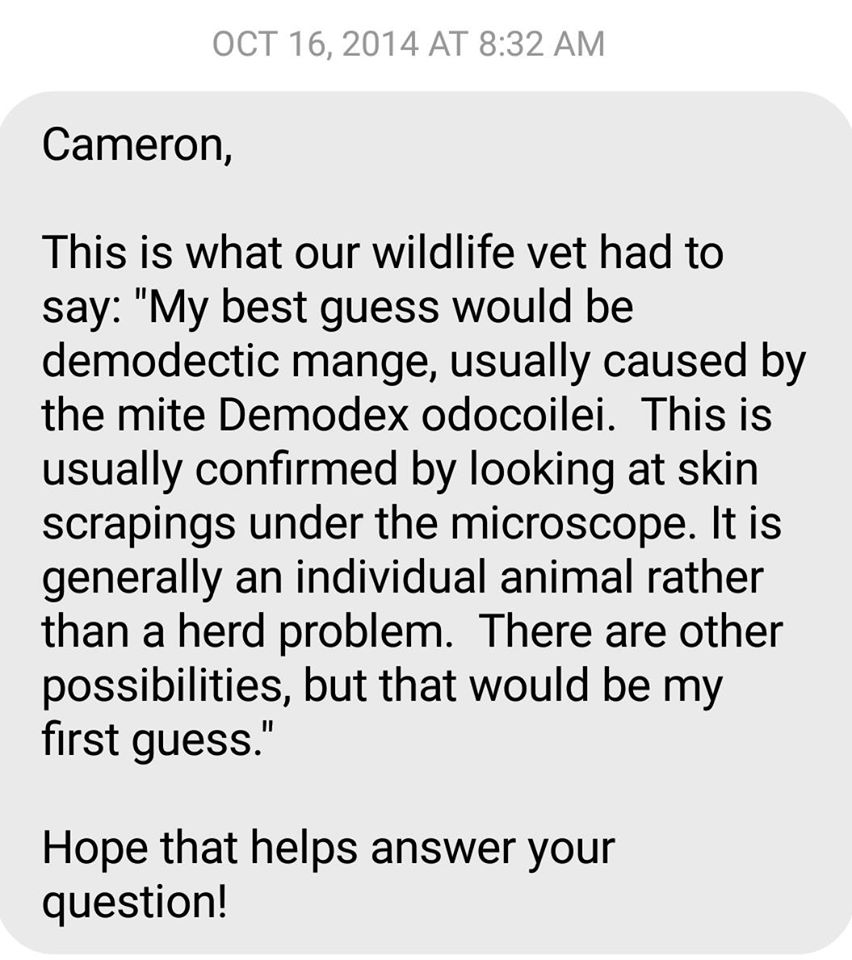