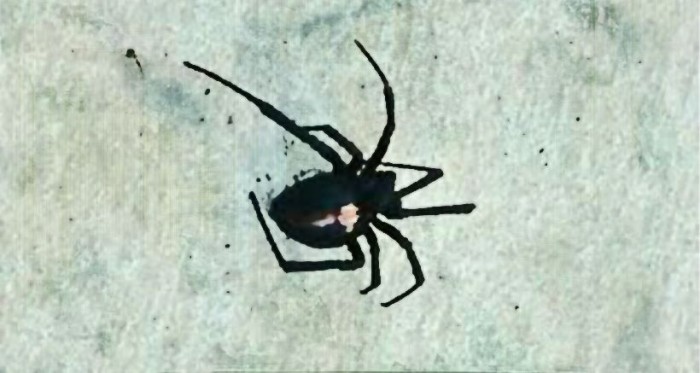 “The only truly poisonous spiders in Montana are the black widow species (both very docile and non–aggressive unless the female is protecting the egg sac). Even though the brown recluse and yellow-sac spider have not been found in Montana, county agents and others should be familiar with certain distinguishing characteristics so that they can quickly eliminate it when spiders are brought to them for identification.”  (via Montana State University)

After Jason Maxwell found the spider, pictured below, in his garage, he was convinced it was a black widow.  I refused to believe that is what type of spider it was until I googled black widows and compared the two. I had (sort of) previously assumed poisonous spiders only existed on abandoned Montana farms and in other people’s unused sheds/outbuildings…not in garages that have daily traffic in them and are even located right in town.  It was the whole “that would never happen to me or anybody I know” thing.  Boy was I wrong.

During a “fall cleaning” stint last weekend, Jason Maxwell captured an eight-legged black monster in a jar while sorting through his garage inventory.  He even accidentally put his hand through the web!  I never realized just how much of an anti-spider person I was until I saw this black widow up close and personal.  Although, there is no comparison object that shows the actual size  of this poisonous creature, I can assure you it was bigger than any insect/arachnid with which I would care to share a space.  Just be careful out there, because it doesn’t matter where you live in Montana–these venomous spiders are out there.

So, where am I going with this?  Please be aware of the types of spiders in Montana (click here for a complete list of Montana’s spiders).  If you are bitten by a spider, and you suspect it is a black widow that bit you, click here for symptoms and treatment information. 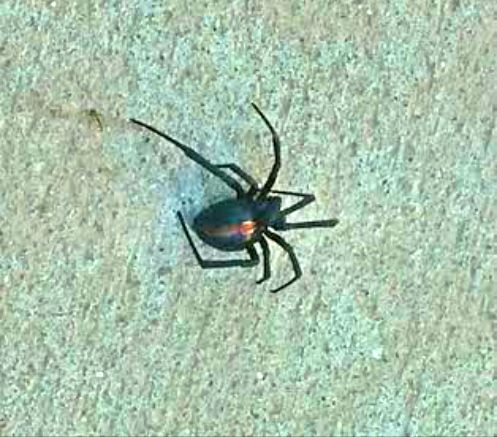