The only way the sport of hunting will survive is to get younger folks engaged in the sport. With all the other outdoor activities that kids participate in, including video games on their computer at home, the challenge is greater than ever.

I am proud to say that at this year’s Goose Blind Broadcast, three of the fathers that sat in the blind also were accompanied by their children. None of the kids were of legal age to hunt. For that reason, I want to send out kudos to those dads, because that is even more impressive to make their kids part of the hunting experience. All of the kids helped in setting up the blind, laying the decoys out and retrieving downed birds. They were also on hand Sunday when it was time to load everything up, including collecting the spent wads and empty shot shells.

Matt McAfee from Missoula, who has included his two sons, Ellis and Gibson, for a couple of years now, knows how excited his kids are, “My dad (Steve) always made sure I was able to come up to the waterfowl opener when I was young and I wanted to make sure that my kids also experienced everything that goes into this hunt”. Eddie Strommen from Anaconda brought along his daughter Carley and son Cobey, “My schedule hasn’t permitted me to be here every year but this year I wanted my kids to be here with me and they really had a lot of fun”.

Scott Buxbaum from Charlo, the son in law of Jaye and Linda Johnson who are the host of the annual event, said his four year old daughter Jaylynn insisted that she be included in the Sunday morning hunt, “She really enjoys hanging around the other guys when we gather to eat and socialize before and after the hunts over the weekend so this year she said she wanted to come out with us to experience the hunt in the blind”.

All the kids have adequate hearing protection and they get to dress in camo clothing so they blend in like the rest of the hunters. They youth are also rewarded for getting up early, as Linda Johnson makes sure all the hunters are well fed with a hot breakfast of pancakes, eggs and sausage links. The other thing that I noticed is the other hunters in the blind really seemed to make the kids feel welcome by telling them a few hunting stories, some true and some maybe not so true.

Johnson, who has hosted hunters and their family members for well over 25 years on the waterfowl opening day, remembers some of the grown men participating in this year’s hunt coming with their dads many years ago, “It’s impossible to think because it’s been so many years that how many kids have been here with their parents, some of them are able to come back and hunt like Matt and Andrew Gran, even though once in a while I run into some of the other guys in my travels and they always are reminiscing about the time they had”. For the most part, I would be willing to bet that all of them are also still hunting and introducing their kids to the sport. You can view pictures of the kids and this past weekend’s goose hunt and including part of the 42 geese that we shot below. 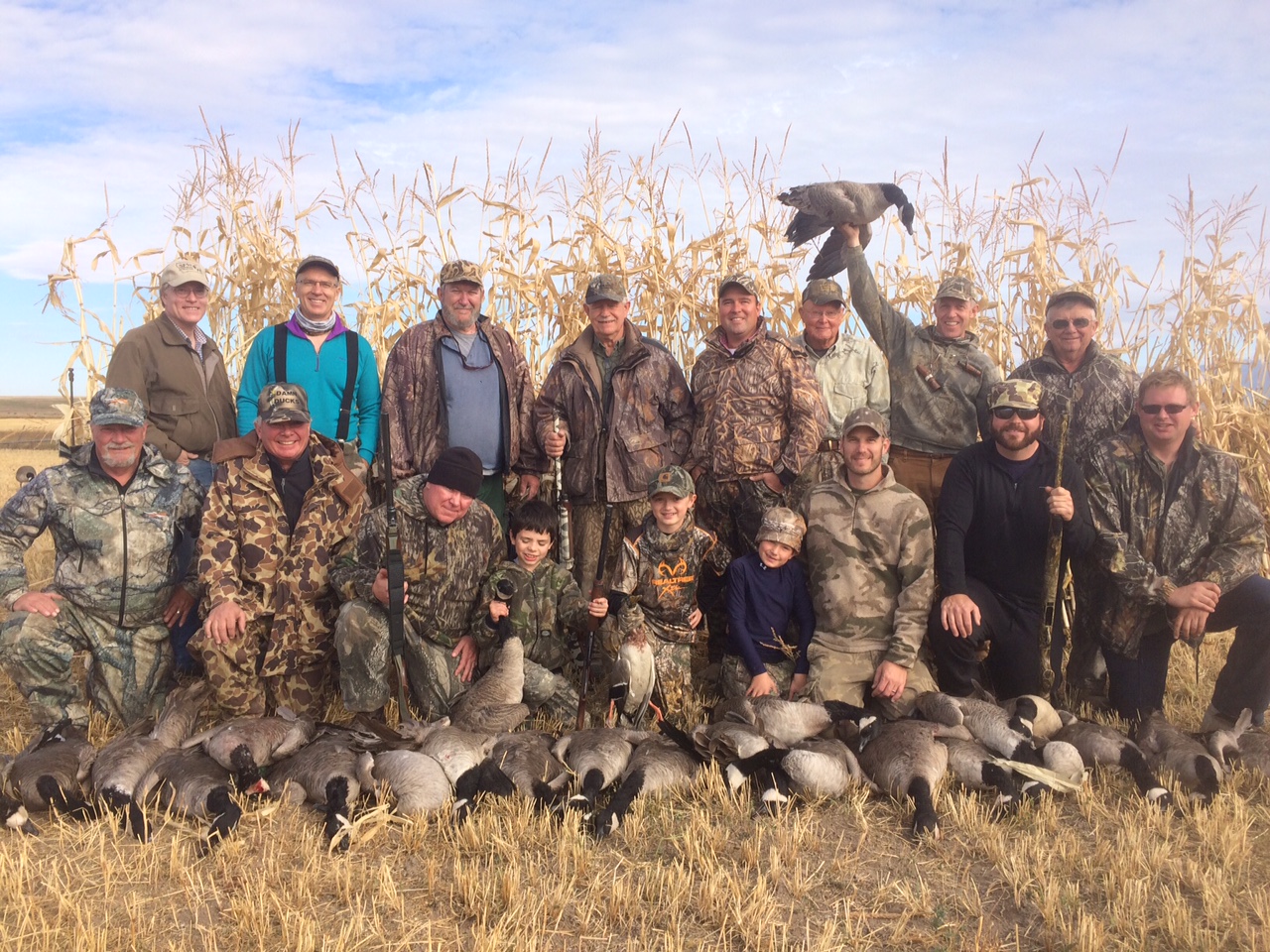 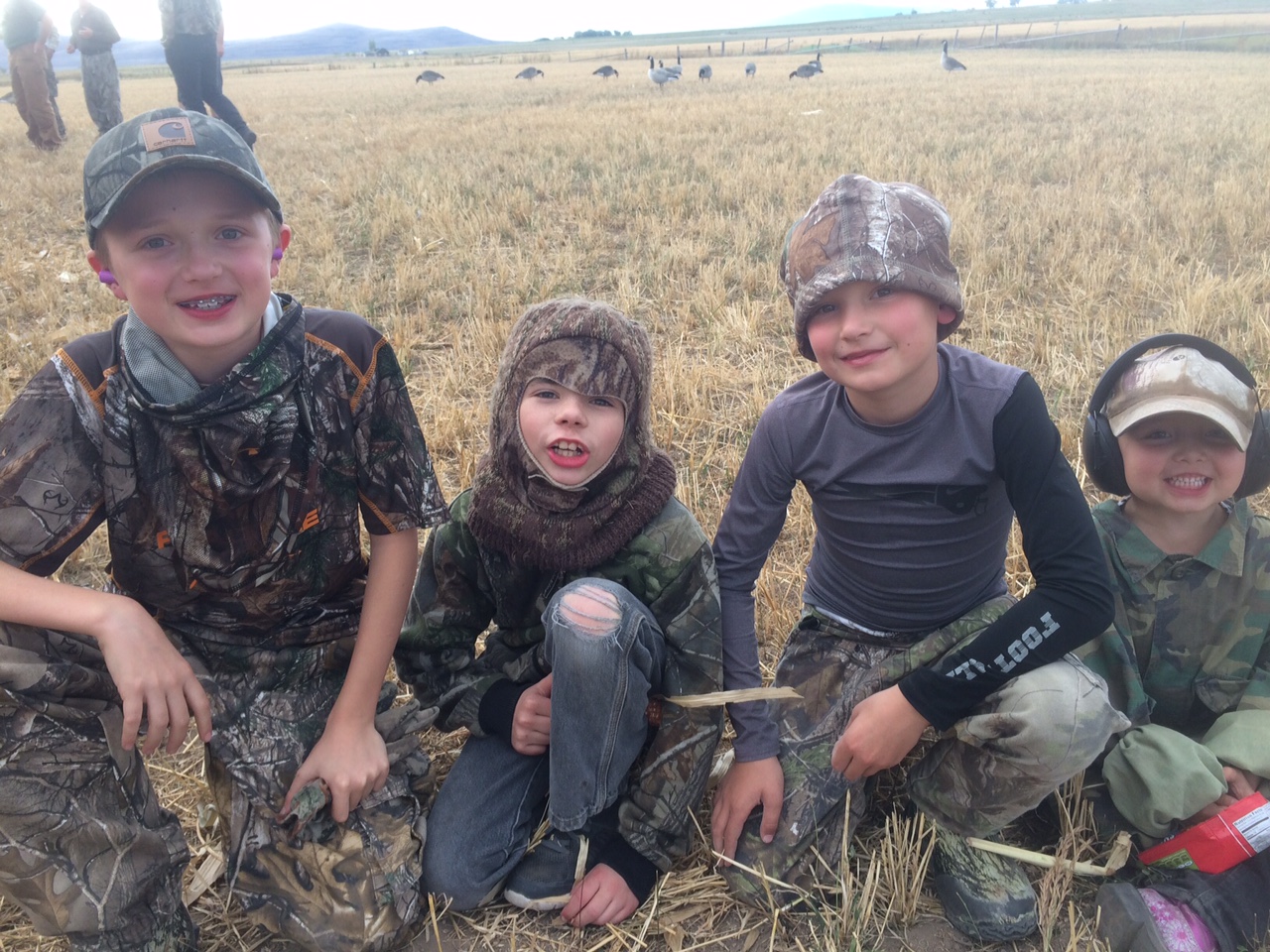 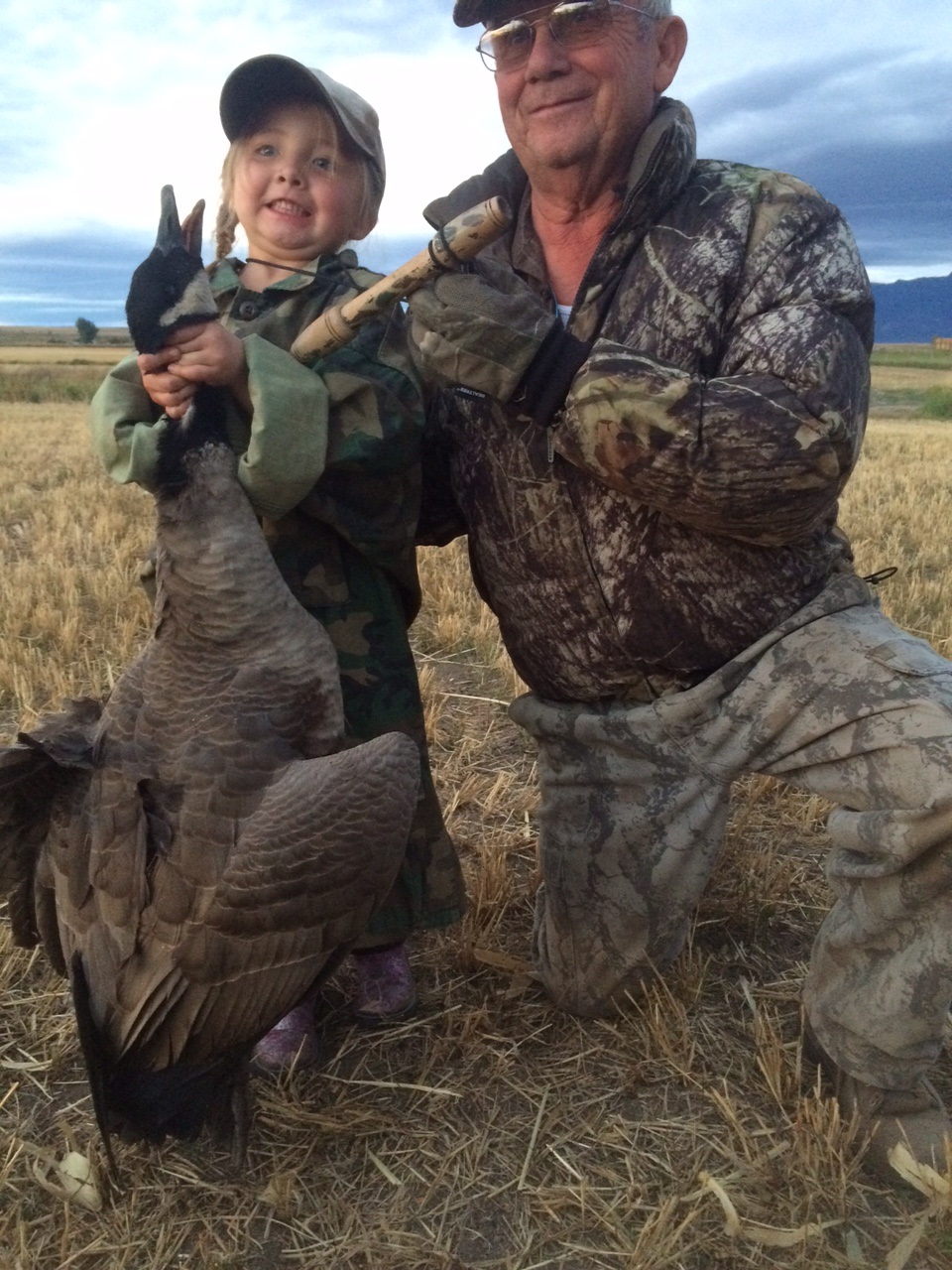