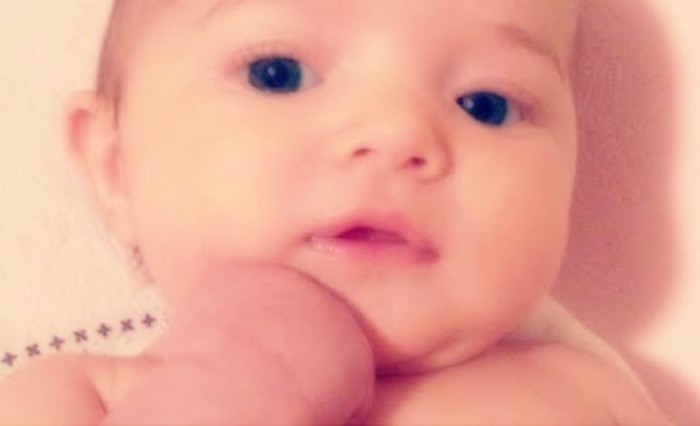 So this probably won’t have a lot to do with hunting or fishing unless you count changing a diaper in record time a practice run for a shitty survival situation in the woods or on the water. Or, count the mornings my daughter Maclean melted in my arms and I couldn’t get my butt out the door to go hunting. With that being said, I have hunted very hard this fall and had some amazing adventures through the mountains of Montana…and memories and encounters that give me goose bumps just reminiscing about. But nothing, I MEAN NOTHING, like the feeling I got the other morning when I woke up to my daughter (my wife holding her in my face) smiling sooooo big at me. I told her “Good Morning Max” in a sweet high pitch voice and her face lit up smiling from ear to ear and clapping her hands together. Then, before Katie swept her away for her to have breakfast…I got to play our “Jammer Time” game which she loves so much. I grab Maclean by her tiny little feet and gently wiggle them back and forth wildly and I sing to her “Jammer Time…Jamma Jamma Jamma…Jammer Time.”   She immediately smiles so darn big…and then sometimes throws up booby milk on me. And for those that don’t know…the booby milk is NASTY!! It tastes like a mix between sugar milk and kerosene with a hint of fruit juice!! And I know you are all now wondering two things? 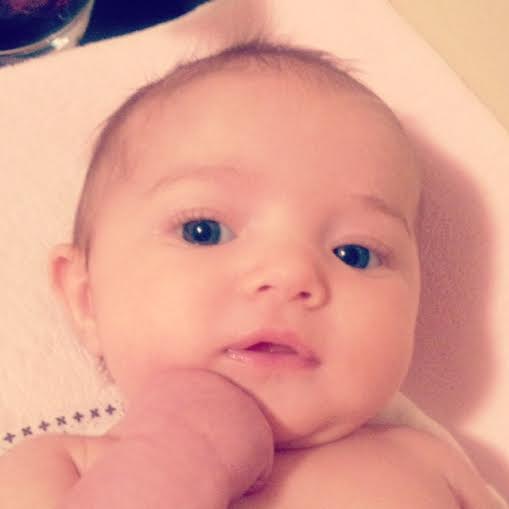 Yes and Yes!! So by now you all know I’m a wild man and the key word there being a “man” and the curiosity got the best of me.   I’m going to go ahead and say I think most of the gents out there snuck a quick taste of the booby milk at some point. And for those of you that can relate…we would all rather starve to death than put that nasty baby food juice on our cereal. And just to clear the record of how it happened…I was giving Maclean her bottle for the first time and Katie said to warm it up. She instructed me to make sure it was warm enough by putting a few drops on my wrist…after the juice hit my wrist I looked both ways and the coast was clear. I slurped up the drops expecting the sweetest goodness I had ever tasted (by the way Maclean eats breakfast) but to my surprise “OH HELL NO!” I chucked the bottle gasping for air and slammed my head under the sink scrubbing my tongue with the dish pad gagging my head off.  For any new dads out there, if ya got to find out for yourself I understand…but I can assure you it tastes very very bad!! Don’t do it dudes!!

Other than the taste test mishap…being a daddy is not as scary as it once seemed. Of course my wife Katie is an awesome momma and takes the brunt of things, but I have enjoyed the ride of fatherhood very much thus far. And especially having a little girl…she is so darn precious!! She is changing every day and her big blue eyes just keep getting more beautiful. And for still weighing in less than ten pounds at two and half months she can sure belt it out!! And not just when she cries because she’s hungry…she can toot with the best of them! I have literally been woke up from a dead sleep at night from her ripping the cheese!! She definitely takes after her daddy!! And to take it a notch further…the scariest thing in the world to me was the thought of changing a diaper. It really isn’t that bad…in fact, I think I am almost at pro status. Of course there is always the occasional diaper that brings me back down to amateur level…the one with melted snickers bars up the front and back and oozing out the sides. It’s almost the same feeling when you catch a huge fish…you just sit there and stare at it for a moment with no idea what to do next!! See what I did there? I’m relating to fishing now.

But unlike a giant walleye that I get a quick picture of and set free to its home…there’s no release with my Max…she is a keeper and the biggest “little” fish I ever got. And there is no way to describe the feeling when she is snuggled into my arms and won’t let go. Let’s just say if I was ever lost in life…I have now been found. It truly is the best feeling in the whole wide world and the only thing I have left to be scared of is being the greatest dad to her. She is so darn perfect I just hope I can be the daddy of her dreams…because she is the daughter of mine. I love you Maclean Elizabeth Johnson…all the way to the moon and back!!