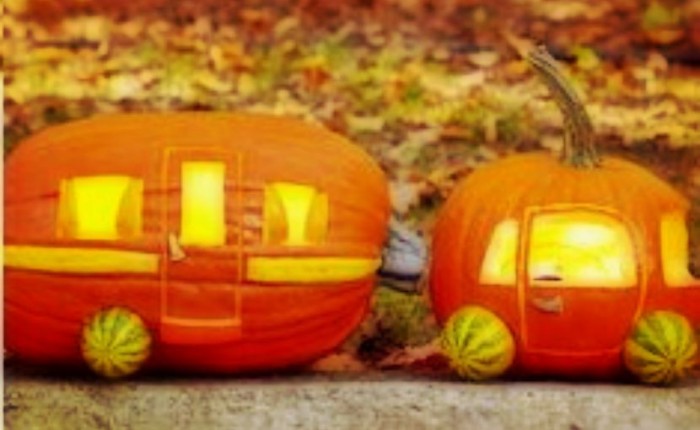 Are you proud of the pumpkins you grew this year in your garden, and you’re ready to get festive with the Halloween spirit?  Or maybe you just want to buy some and decorate with traditional pumpkins using unique methods of carving or displaying them.  Regardless of where you got the pumpkins, we have a list of 12 of the coolest methods you can decorate your pumpkins this year right here: 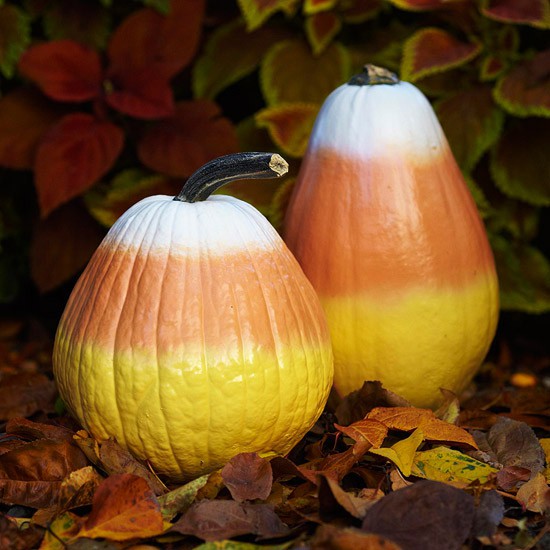 Sweeten your decorations up with some candy corn-style pumpkins! Simple to do, and they look pretty “sweet”! (image via lauradunn.com) 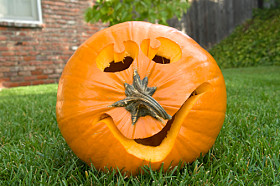 Keep it simple, but add some flair by making the stem a nose! (image via contests.about.com) 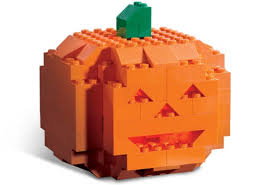 If you just aren’t into actually carving pumpkins this year, try a Lego pumpkin…but don’t put a candle in it–remember that Legos are plastic… 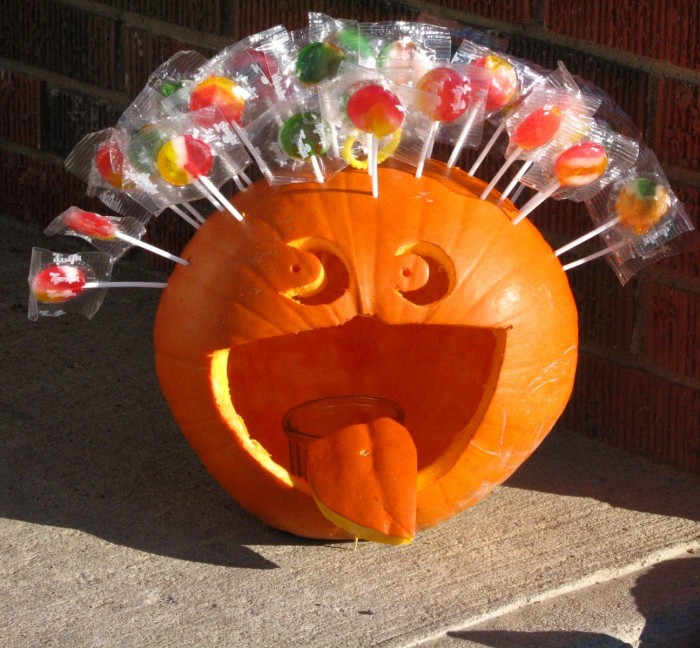 Get creative and wacky when you give out sugar buzzes to the kiddos! Let them pick their own sucker from the head of your crazy pumpkin…but, warn them that he may bite…. (image via blog.cool-party-favors.com) 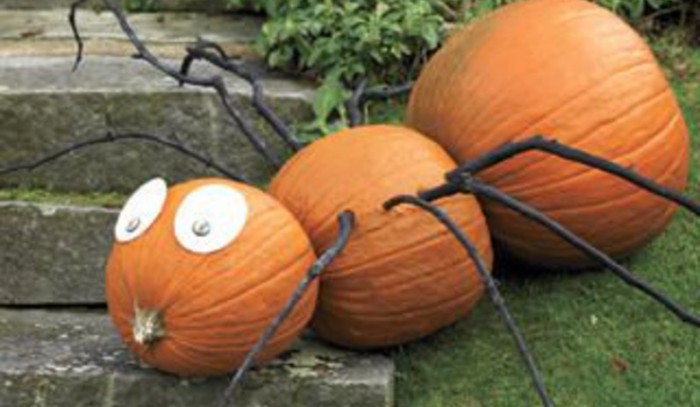 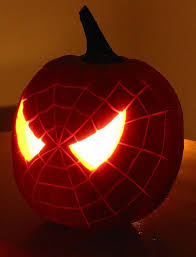 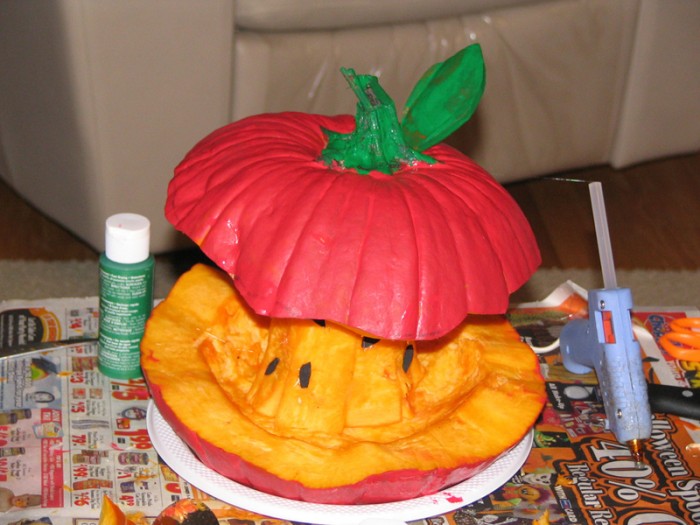 Turn your pumpkin into an eaten apple! You can even play off the whole Snow White thing if you have youngsters that like that movie… (image via fadedindustry.com) 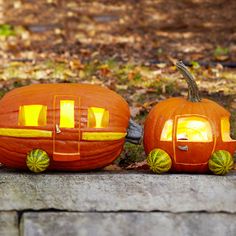 Okay, this is just one of the coolest pumpkin carvings I have ever seen…. (image via pinterest.com) 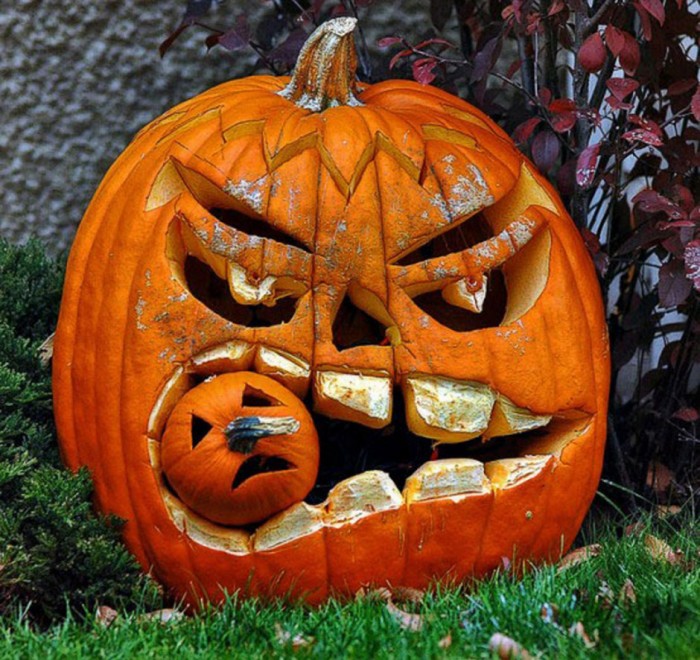 That little pumpkin looks a little scared…but, I would be too if that big pumpkin had me in between those chompers! (image via quixoticnet.com) 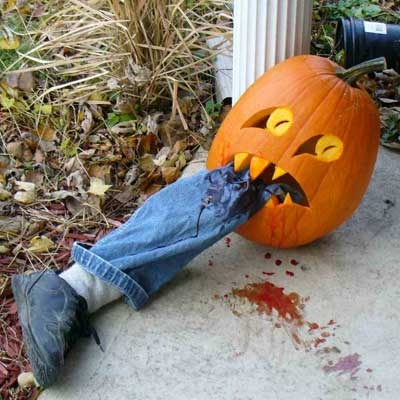 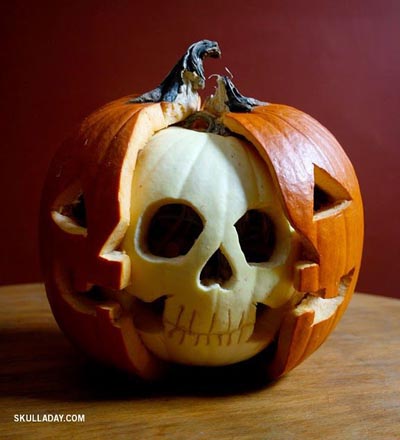 Peek-a-boo! This pumpkin has a surprise! (image via randomtalks.snydle.com) 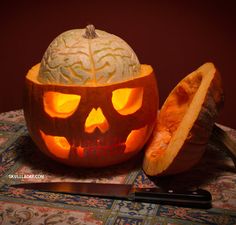 AND…the number one pumpkin carving on the list…….we call her “Clarice”….bahahaha (image via pinterest.com)