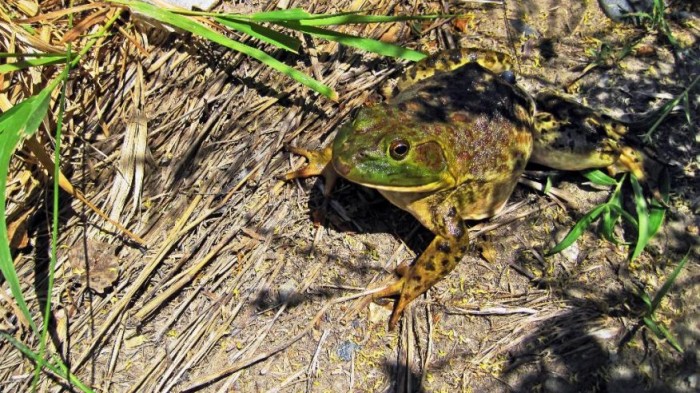 An invasion of American bullfrogs that will eat just about anything — including each other — is spreading downstream along Montana’s Yellowstone River and poses a potential threat to native frogs, government scientists said Thursday.

According to an AP article, bullfrogs were found in recent surveys along a 66-mile stretch of the river from the Laurel area downstream to Custer, said U.S. Geological Survey biologist Adam Sepulveda. The number of breeding sites for the animals almost quadrupled between 2010 and last year, to 45.

“They are going to eat anything they can fit into their mouths. It doesn’t matter if it’s another frog or a bird or a mosquito,” said Sepulveda, who co-authored a study on Yellowstone River bullfrogs appearing in the journal Aquatic Invasions.

Bullfrogs as long as 12 inches when outstretched have been found. One that was caught and cut open near the Audubon Conservation Center in Billings last year had an oriole in its stomach.

More on this story from Fox news can be found here.