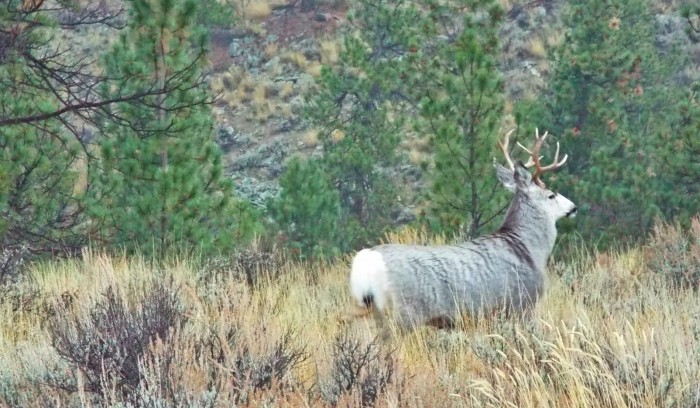 The number of hunters remains strong on the Rocky Mountain Front but the number of animals taken remains below the 10-year average at the close of the second weekend of Montana’s general big game season.

“Overall harvest success is about 50 percent below the 10-year average,” Lonner says. “Mild weather is the biggest factor. Next about 15 percent of the harvest reduction is due to the elimination of most antlerless deer licenses in the area.”

Elk hunters so far have brought in 44 elk (27 bulls, 10 cows and seven calves) compared to the long-term average of 66 elk.

With whitetails, this year’s count in Augusta stands at 20 (11 bucks and nine does), while the 10-year average is 46.

Mule deer at the check station have numbered 17 bucks. The long-term average is 59 animals.

Although harvest remains well below average, total hunter numbers is only about 5 percent below average. So far 708 total hunters have checked through the Augusta station, compared to the 10-year average of 743.