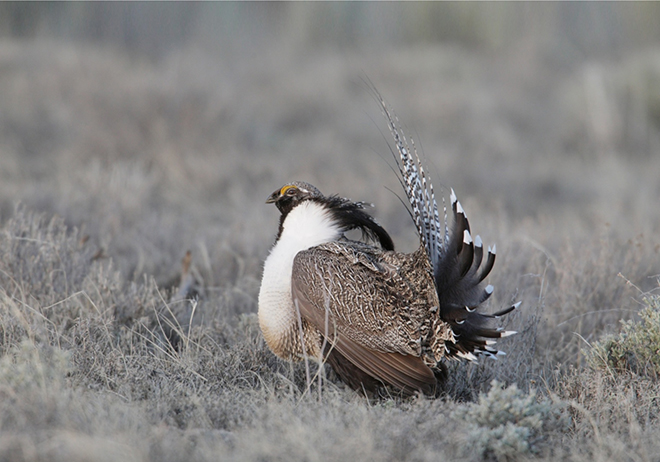 Recently groups have been suing the USFWS to force them to place certain species on the endangered species act which removes the state’s right to manage wildlife.

The endangered species act was established in 1973 with the intent to provide federal protections for species that might otherwise be in peril. The result has been devastating to wildlife and often just as devastating to sportsmen.

When the federal government lists a species on the ESA list, it can shut down public land access, close businesses and eliminate hunting opportunities for a variety of species. For example; A decision to list the Gunnison sage grouse may affect as much as 1 million acres in the states of Utah and Colorado.

According to the United States Sportsmen’s Alliance; “The decision not only threatens more job-killing economic regulation, but also affects the ability of citizens of Colorado and Utah access to public land for hunting and outdoor recreation.”

Next year the USFWS an Endangered Species ruling on Greater Sage-grouse is expected.  If that were to happen in Montana the result could be devastating for Montanan’s. Montana FWP Director Jeff Hagner stated; “Many people don’t understand how bad things could get” … “If the sage grouse is listed, we’d end up with the USFWS dictating farming, ranching and oil and gas development across much of eastern and southwestern Montana.” (Dickson, T. (2014). Standing Up For Montana. Montana Outdoors, Nov-Dec 2014, pp 14-17).

The Greater Sage-grouse ruling could impact 165 Million Acres in 11 Western States. Many sage-grouse advocates are opposed to listing the grouse and would rather work with the states to conserve this species.

For more information and to voice your concerns visit http://biggameforever.org/sage-grouse.