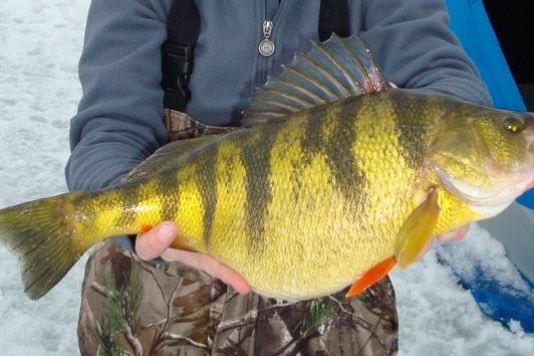 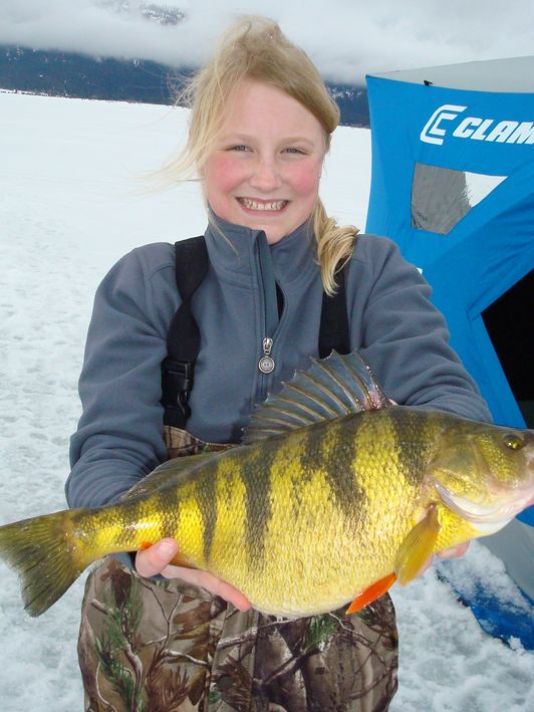 (photo courtesy of the Wiese family)

When 12 year-old Tia Wiese, from Eagle, Idaho, went ice fishing at Lake Cascade with her dad last March, and they expected to catch some yellow perch…but not the world record perch!

A recent post on 13wmaz.com revealed that after Tia’s line went out of control and got help from her dad reeling in the monster perch, she and her dad, Gary, couldn’t believe the size of what was brought back up through their ice hole.  A giant yellow perch.

Gary weighed the monster they were holding on his scale and was certain it had to be a record of some sort.  A quick jaunt to nearby Cascade to weigh it on a certified scale proved that he was correct.  It was a new state record, with the perch weighing in at a whopping 2 pounds and 11.68 ounces.

The glory doesn’t stop there, though!  “After visiting the Fresh Water Fishing Hall of Fame in Wisconsin, Gary learned that the world record for yellow perch caught while ice fishing weighed in at 2 pounds 6 ounces out of Sheep Pond, Massachusetts.

He also discovered that there is a world record classification for ice fishing with a tip-up rod and saw that Tia’s fish weighed five ounces more than the record holder.”

After Gary submitted the paperwork for Tia’s perch to be recognized as a world record, it was recently confirmed that it was the “largest yellow perch caught while ice fishing using a tip-up rod anywhere in the world”.

When Tia heard the news of her catch, she said she was laughing so hard that she was crying.  Not too shabby for a 12 year-old, eh?  Awesome job, Tia, and way to go Gary, for paying attention to detail and getting your daughter’s fish recognized as it should be!  Very cool!