Well, it’s a new year and with it time for my annual ranting about my latest pet peeves. First off, as always, poachers.

This past hunting season there seemed to be fewer reported incidents that in 2013. That has changed in the last weeks of December and has continued in January. If you see or hear of it, report it; there is no reason to poach. If out of money, go to the food bank, it’s cheaper than spending money for gas and fines. Let’s all try to stop these criminals.

My “real” job requires me to travel on a weekly basis. I have recently noticed numerous road signs with bullet holes in them. Not itty bitty little holes, but large caliber gashes. I see these over hundreds of miles of interstate and other primary highways. Besides costin

g us taxpaying citizens lots of money to repair and replace them, the

perpetrators of these criminal acts are some of the stupidest morons that waste good oxygen. Traveling at highway speeds and firing indiscriminately at a road sign is one of the most irresponsible acts that anyone can engage in. Again, if you see or hear of this crazy criminal behavior, report it before someone is injured or killed.

Another action that really gets my ire up it the “blame game” played by politicians, pundits, and ideologues when it comes to tragedies; especially those involving firearms. After nearly every shooting and before the facts are known, people st

art pandering to their respective political bases. There are calls for new laws, changes to old laws, gun bans, and claims that the guns are the problem. I find it odd that no one blames the bombs used in the Boston Marathon for the carnage they caused. I’ve never heard anyone call for banning 200 MPH high performance cars when a drunk driver uses one to cause mayhem.

And it isn’t just those who would restrict 2nd Amendment rights who play the “blame game.” After the recent senseless shootings of two New York police officers; many claimed that some politicians were guilty

of having “blood on their hands.” While some of the politicians’ comments and actions might be seen and taken as divisive, they are not murderers. One man, filled with hate, committed those murders and that one man is 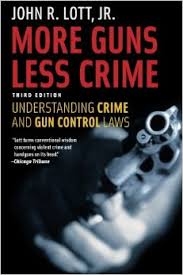 responsible. I also heard the obligatory “it’s the gun” excuse. Ismaaiyl Brinsley, the maniacal assassin, had a long criminal record; at least 19 arrests, and he spent 2 years in prison. By simply possessing a handgun, he violated numerous firearms laws in several states. How would more gun laws have stopped this killer?

Then we hear from the new mayor of Washington, D.C., Muriel Bowser, who says, “You have a mayor who hates guns. If it was up to me, we wouldn’t have any handguns in the District of Columbia. I swear to protect the Constitution and what the courts say, but I will do it in the most restrictive way as possible.” Leah Gunn Barrett (no pun intended), gun control advocate and executive director of New Yorkers Against Gun Violence recently stated, “There’s no such thing as a law abiding gun owner,” slanderi 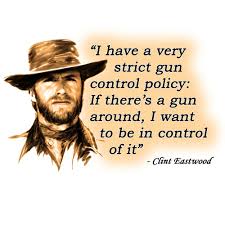 ng and indicting millions of truly law abiding Americans for her own political expediency. On the other hand, authorities in Illinois have reported that about one year after the state started issuing concealed carry permits there have been very few problems. Champaign police deputy chief Joe Gallo described the process and results, “For us, it’s been a non-event.” Agreeing with Gallo, Danville police Sgt. Josh Campbell said “When you’re talking concealed-carry, it’s mostly your law-abiding citizens, who don’t cause problems anyway.” These results have been repeated all across the county.

In closing, I have one last gripe. Often in an attempt to justify a new law, proponents will cite a survey that “clearly” shows the need for more restrictions on firearms. I have researched and read more studies concerning firearms that I can remember. What I find is many of 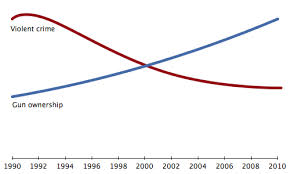 the “studies” cited are often years, even decades old. The methodology is flawed and the results, when closely examined are pretty much worthless. I suggest next time someone quotes an “expert,” check them out. Make sure you are being told the truth and not some twisted facsimile of it. Look for peer reviewed empirical evidence that has been developed without the emotion that many use to pander and patronize.