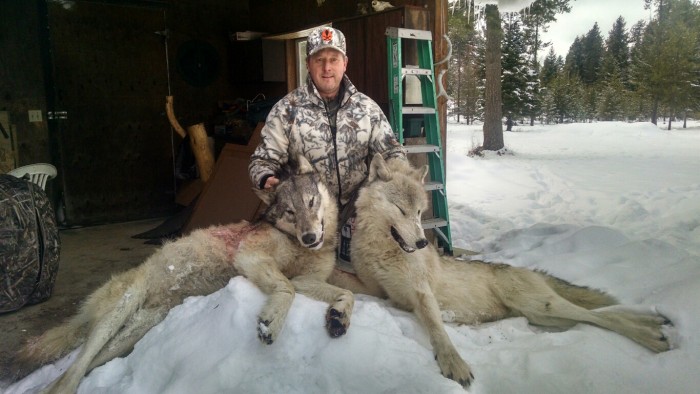 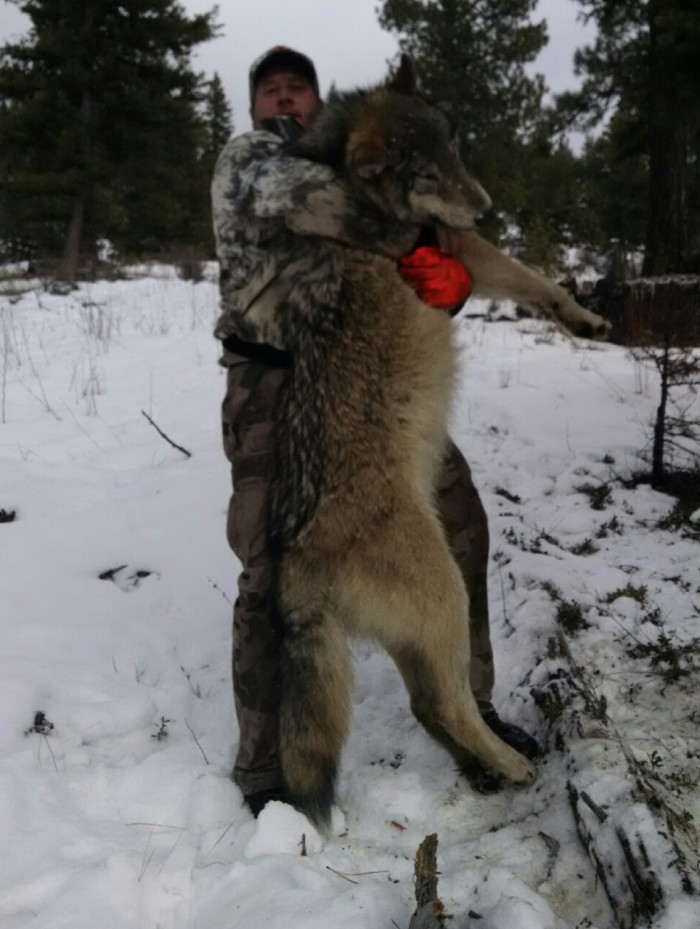 Andy holding up the larger of the two wolves–this one weighed 110-115 pounds!

Andy Pershern, from Trout Creek, and his trapping partner, Stan, have a trapline with 40 sets out right now in Sanders County.  “This is the toughest trapping on earth,” Andy said.

He explained that the area’s wet conditions, heavy snow and rain, followed by hard cold freezes, makes trapping wolves quite challenging.  However, adverse weather wasn’t stopping Andy or Stan from doing their part in helping to manage the area’s wolf population.  As a matter of fact, the trapping duo invested so much time and energy attempting to thin out a particular pack of wolves that they were pleased to find out that their investments paid off when they found not one–but TWO wolves in two of their traps.

Andy and Stan followed this pack of wolves, specifically, for two years, so it was nice to finally connect with canines after all this time.  “The wolves just started really moving with the recent huge game migrations,” said Andy. “Huge miles are required to even get to wolf areas, <and> the huge restrictions by MTFWP make wolves a very hard animal to trap,” he stated. “We need all the help we can get in controlling their numbers.”  Andy is also a proud lifetime member of the Montana Trappers Association.

With all the factors involved with hunting and trapping wolves, the fact that these two actually managed to trap TWO wolves with two of their traps 30 yards apart, but out of sight from each other, is pretty amazing.  Impressive work, guys. 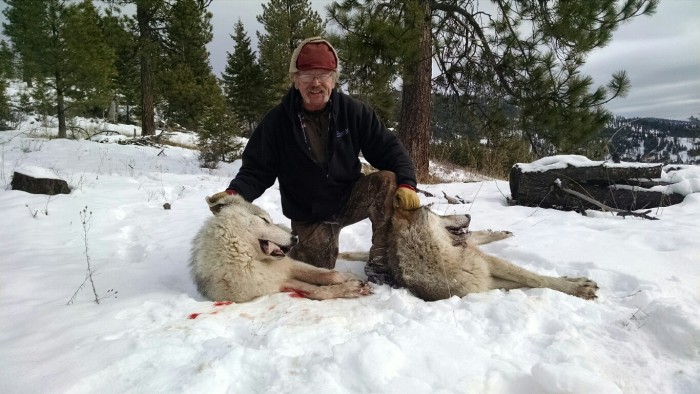 Stan pictured with he and Andy’s wolves