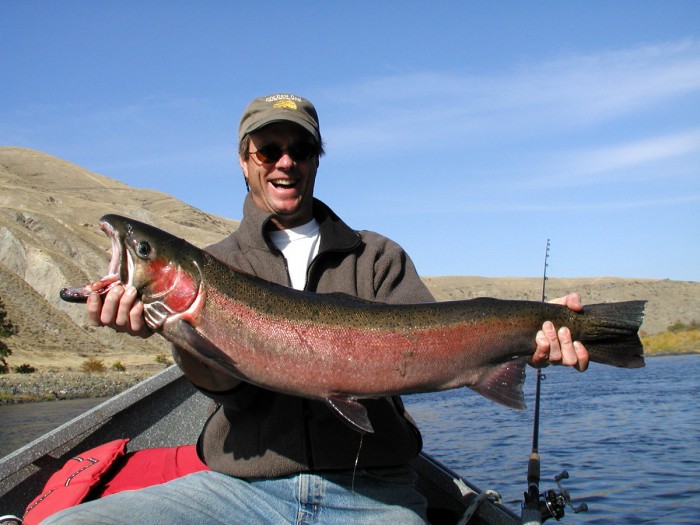 Brent Beller, a Fisheries Technician with the Idaho Department of Fish and Game, has the steelhead report for Upper Salmon River right here:

The water conditions on the upper Salmon River are currently very favorable for Steelhead fishing. Visibility is good and water temperatures have been ranging in the mid to upper 30s. As the week came to an end, colder overnight lows did cause the water temperatures to drop and early morning water temperatures in location code 19 were near 32 degrees with slush ice that cleared by mid-day. Flows have remained relatively stable for the past week. Currently, the Salmon River is flowing at approximately 1,150 cfs which is 106% of average for today’s date. The upcoming week’s weather forecast is similar to the one for the past week, but anglers should remember that river conditions this time of year can change rapidly. For an up to date condition report anglers are advised to call the Idaho Fish and Game Salmon Regional office at (208) 756-2271. 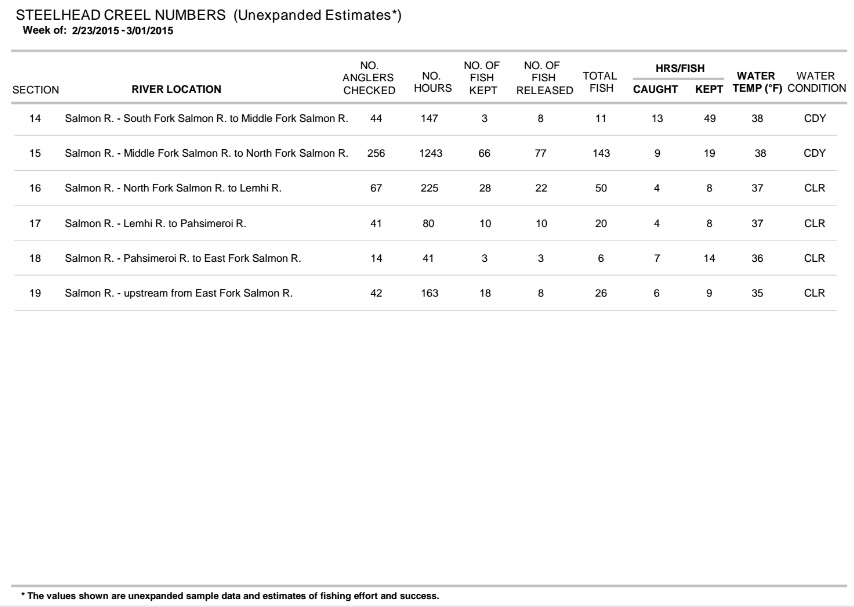