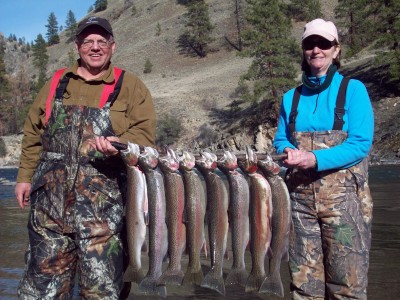 Water conditions on the upper Salmon River were beginning to improve towards the end of the week, but cloudy water conditions still exist throughout the drainage. The best water clarity was observed in location code 19. Flows have remained fairly stable for the past few days and are above average for this time of year. Currently the Salmon River through the town of Salmon is flowing at 1,940 cfs which is 166% of average for today’s date. Water temperatures in the mid to upper 40s were observed in all location codes with the exception of location code 19 where the water temperature was in the lower 40s.